Why Belgium Has A Homegrown Terrorist Problem 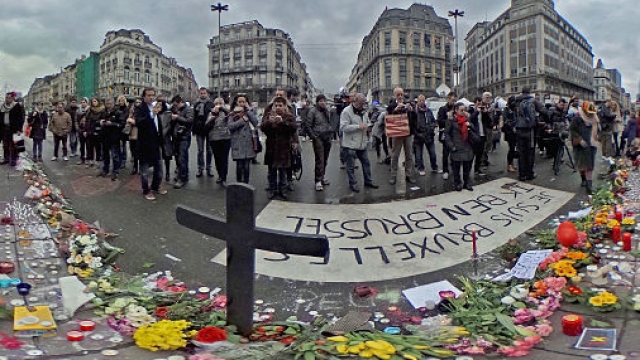 Long before Tuesday's attacks in Brussels, an alarming number of Belgian nationals were traveling to Syria and Iraq to fight.

The tiny country has produced more foreign fighters relative to its population than anywhere else in Europe.

Belgian jihadi expert Pieter van Ostaeyen estimates as many as 562 Belgian fighters have gone to Syria and Iraq — most joining ISIS, others joining the Al-Qaeda-linked Jabhat Al-Nusra.

In December, the Soufan Group estimated 118 of those fighters came back to Belgium.

The suicide bombers in Tuesday's attacks were Belgian nationals, as were some of the Paris attackers. So, what's the connection then between Belgium and terrorism?

The answer is, of course, complicated. But most analysts will tell you the country has done a poor job of integrating its immigrant and Muslim communities.

Particularly in Molenbeek, the Brussels suburb that was home to some of the Paris attackers. It stands out for its high youth unemployment, underfunded schools and a lack of basic government resources.

That said, Molenbeek's deep divisions aren't terribly surprising when you consider how divided the country is.

The country is made up of separate governments — Dutch-speaking Flanders, French-speaking Wallonia and the Brussels-Capital region. There are seven parliaments and two separate intelligence services. Brussels alone has 19 mayors and six different police agencies.

All these layers of government — not to mention the deep-rooted friction between the French-speaking and Dutch-speaking regions — has made sharing intelligence difficult.

So, given all that what we know about Belgium, Tuesday's attacks didn't exactly come as a surprise. Or as the Belgian prime minister put it, "What we feared has happened."

This video includes a clip from BBC and images from Getty Images.