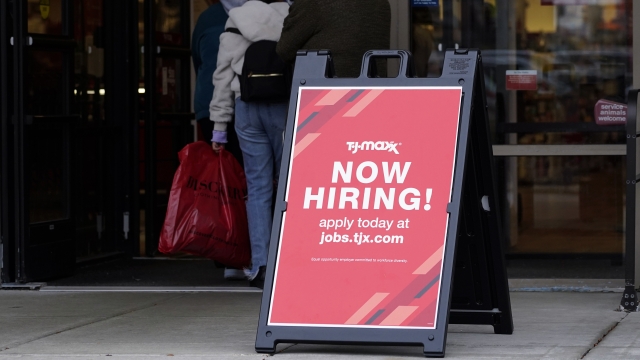 Americans are increasingly anxious of a possible recession. Two out of three say they're expecting one.

Peter Ricchiuti, an economist from Tulane University, tells Newsy all the talk around a recession often leads to people worrying about getting laid off.

And he adds headlines popping up on news or social media feeds may create more unnecessary fear.

"I think we overplay it. It makes good news. I know we're in the news business, but you have one executive say that an economic hurricane is on its way, and people play on that," said Ricchiuti.

Last June, the Financial Times found nearly 70% of macro-economists believe the U.S. economy will tip into a recession next year. But are we already in a recession? 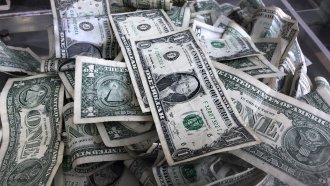 GDP is a key economic indicator that measures the value of a nation's economy.

Traditionally, two successive quarters of a GDP decline defines a recession. But that definition is not official.

A panel of eight economists at the National Bureau of Economic Research announce whether the U.S. is or isn't in a recession.

And they've yet to do that. That may be due to some positive economic signs.

Gas prices dropped below $4 a gallon on average for the first time since March.

The economy added more than half a million jobs in July.

And unemployment is at a low not seen since before the pandemic.

But renewed fears of layoffs have American workers worried.

An August survey found half of employers expect to cut jobs in the next six to 12 months.

Ricchuiti says if the U.S. were to enter a recession it wouldn't be a huge surprise. Let history be a guide.

"We get a recession about every five to seven years and an average recession will last about 12 months. You get an economy that grows and grows and then it overheats and then it has to be lowered back down again," said Ricchuiti.

And that's where the American economy is at; too hot from growing at record rates in 2021.

The problem this year is inflation also grew and the Federal Reserve's tool of raising interest rates to cool inflation could trigger a recession. And how long it could last or how severe it will be is hard to predict.

"The last recession was during the pandemic, and it only lasted about two months, but it was very severe. The longest was 18 months which was the '07-'08 recession, which was almost a depression," said Ricchuiti. "A lot of people remember that '07-'08 recession as being so dramatic and they don't all look like that."

While Americans don't want history to repeat itself, one thing to count on is to proceed with caution and watch the headlines as we all watch the state of the economy unfold the rest of the year.