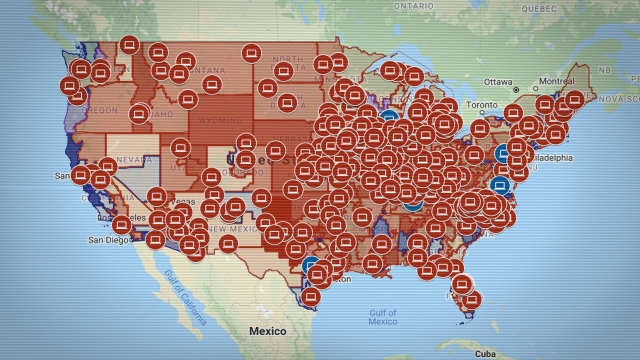 As part of National News Literacy Week, we're looking into different ways misinformation and hyperpartisan content is making its way into our everyday lives.

For months, a top story at the Michigan Star has been “The Biden Family Scandal.” The Tennessee Star and Minnesota Sun kept the same story profiled in large font in their banner headlines.

Look deeper at each of the sites, and the majority of the other news stories are also the same.

What some might miss with the very local-sounding names of the news sites: Much of their original content comes from Tennessee, the base of Star News Digital Media, a company whose chief executive officer helped form the National Tea Party.

"These are basically national political publications that masquerade as a local news organization," said Melissa Zimdars, a media literacy professor at Merrimack College. "Really what they're engaging in is, I would argue, propaganda."

Zimdars is also the author of the book "Fake News: Understanding Media and Misinformation in the Digital Age."

"The point is, in some ways, to launder information through this sort of veneer of locality," she said. "So you see Minnesota Sun on Facebook as a source. You think, oh, this is a local Minnesota source."

Star News Digital Media also includes the Virginia Star, the Ohio Star and, most recently, the Georgia Star, which launched last November. Some of the sites are missing a hallmark of local journalism: local journalists.

The last story in the “local” news tab for both the Michigan Star and Minnesota Sun, when we checked on Jan. 22, was penned in October by a reporter who says on LinkedIn she lives in Tennessee.

"How many people are working on the ground in Minnesota? Not clear. Potentially no one," said Zimdars. Newsy asked Star News, why not assign Minnesota-related stories to staff reporters and editors in Minnesota?

CEO Michael Patrick Leahy said in an email, “Your question ... reflects a misunderstanding on your part regarding the ease of finding and hiring a quality journalist who can write from a conservative perspective in states beyond our base in Tennessee."

Zimdars said she believes the outlets are intentionally trying to deceive readers.

"They are taking advantage of that trust that people have with the news organizations in their own communities."

Some of the Star News sites have historically touted they are "unbiased" and among the best sources of news in their respective states.

"We have not shifted away from being unbiased," Leahy told Newsy in an email.

After questions from Newsy, Star News added a brand new Minnesota statehouse reporter to its website.  In the reporter's Twitter profile, he dons a red "Make America Great Again" hat. On Inauguration Day, he tweeted a message saying "Dear Sleepy Joe," attached on top of a hand-written note that said "F--- You."

Star News also gave the recently pardoned Stephen Bannon's talk show "War Room" prominent ad placement, right below banner headlines on its sites. Twitter and YouTube permanently suspended "War Room's" channels in the wake of the Capitol riot, citing its references to violence and repeated violations of rules. A week after the Capitol riot, the publisher of the Georgia Star and Virginia Star invited Bannon on a podcast, where Bannon went unchallenged in continuing to falsely claim Trump beat Biden.

"We delivered 74 million votes and won an election. The legal votes won the election,” Bannon said while a guest on the Jan. 13 podcast.

"The growth of these sites has been dramatic," said Duke University professor Phil Napoli.

Last summer, Napoli mapped hundreds of similar sites. He says some lean left, but most are conservative.

"Two months after we published that, Columbia University did a study and found that the number had tripled."

So, before you share a supposed local news story, look a little deeper at who is behind it.