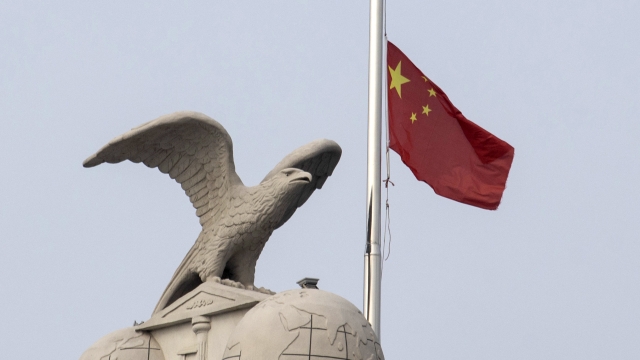 SMS
WHO Denies Report It Helped China Conceal Outbreak
By Bailey Vogt
By Bailey Vogt
May 10, 2020
Der Spiegel said that Chinese President Xi Jinping called the WHO director-general and asked him to hold back information about human transmission.
SHOW TRANSCRIPT

The World Health Organization is denying a report it was pressured by China to help cover up the beginning of the coronavirus pandemic.

The WHO called a German magazine's report allegations  "unfounded and untrue." The magazine Der Spiegel reported Chinese President Xi Jinping called the WHO director-general in January, asking him to withhold information about the disease being transmittable between humans.

The health organization said the phone call never happened and said the report is a distraction from its efforts to end the pandemic.

The report comes as officials, including President Trump, have accused the WHO of not holding China accountable as the first COVID-19 cases began to emerge there last year — and questioning its ability to manage outbreaks in authoritarian countries.

These concerns led President Trump to pull funding for the organization in April, accusing it of "mismanaging" the pandemic by not getting experts into China sooner. The WHO announced Friday it was $1.3 billion short of what it needs to manage the coronavirus pandemic.