A Guide To The Key Players In The House's Impeachment Inquiry 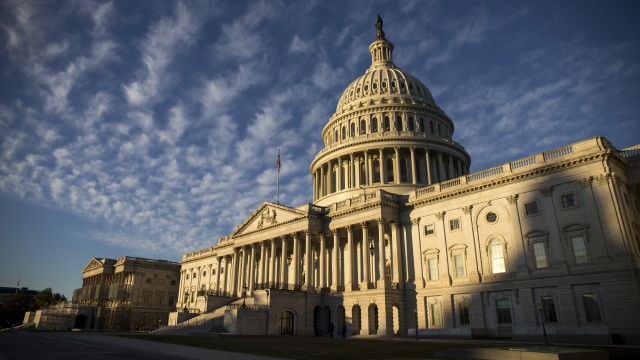 Congress is issuing a growing number of subpoenas in its impeachment investigation. Some people are cooperating. Others are not. We're going to break down everyone who's involved, starting with the people lawmakers want to talk to.

Marie Yovanovitch was the U.S. ambassador to Ukraine. She talked with lawmakers on Oct. 11 about a "concerted campaign" to get her fired and pushed back on the "false claims" she said led to her termination.

George Kent, a deputy assistant secretary at the State Department who oversees Ukraine policy, testified Oct. 15. Rep. Gerry Connolly attended that closed-door hearing, and according to him, Kent said he was pushed out of discussions regarding Ukraine.

Michael McKinley was one of Secretary of State Mike Pompeo's top advisers, and he spoke to lawmakers Oct. 16. He talked about internal dynamics at the State Department, including his repeated pushes for officials to publicly support former Ambassador Yovanovitch.

Gordon Sondland showed up on Capitol Hill Oct. 17. He's the current U.S. ambassador to the European Union, and he was a key figure in the series of text messages discussing Ukrainian aid.

T. Ulrich Brechbuhl is a State Department counselor, and he listened to the controversial phone call between President Trump and Ukrainian President Volodymyr Zelenskyy. The committees leading the impeachment investigation wanted to talk to him on Oct. 8. But so far, he has resisted their requests for a deposition.

Fiona Hill is one of the few government witnesses from outside the State Department. She was President Trump's adviser on Russia. She was mentioned in the text messages Kurt Volker shared with lawmakers, and she testified behind closed doors on Oct. 14. Multiple outlets report she expressed support for fomer Ambassador Yovanovitch.

Beyond depositions and testimony, the trio of House committees have issued a number of document requests. Those requests have gone to the Department of Defense, the Office of Management and Budget, the White House, Vice President Mike Pence, Secretary of State Mike Pompeo, Energy Secretary Rick Perry, acting White House Chief of Staff Mick Mulvaney and President Trump's personal attorney Rudy Giuliani. Compliance with those requests and subpoenas has been mixed.