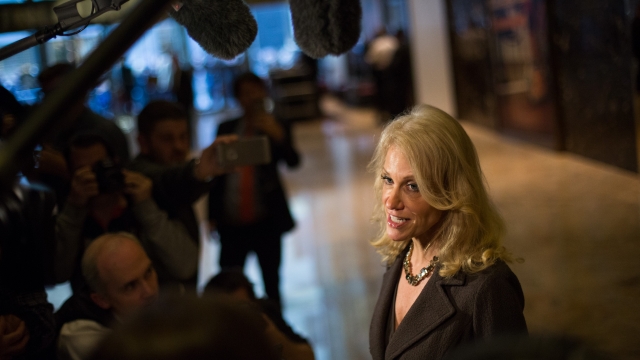 Presidential adviser Kellyanne Conway won't be disciplined for saying this on "Fox & Friends":

"Go buy Ivanka's stuff is what I would tell you," Conway said Feb. 9 on Fox's morning show.

"I'm gonna give a free commercial here. Go buy it today, everybody. You can find it online," Conway said moments later.

She was referring to merchandise licensed by President Trump's daughter Ivanka, which Nordstrom and several other stores have downgraded or discontinued.

The White House told the Office of Government Ethics that Conway "acted inadvertently" and "without nefarious motive or intent to benefit personally."

Conway's frequent cable news appearances have gotten her in trouble before. In one instance, she coined the term "alternative facts."

"And they're giving — Sean Spicer our press secretary — gave alternative facts to that," Conway told Chuck Todd on NBC's "Meet the Press" on Jan. 22.

Another time, she told the media Trump had "full confidence" in former National Security Adviser Michael Flynn just hours before his resignation.

"Does the national security adviser right now enjoy the full confidence of the president?" Steve Kornacki asked Conway on MSNBC.

"Yes, Michael Flynn does enjoy the full confidence of the president," Conway said.

She was also criticized — then barred or uninvited from Sunday morning political shows — for claiming there was a "massacre" in Bowling Green, Kentucky. There was no such massacre. 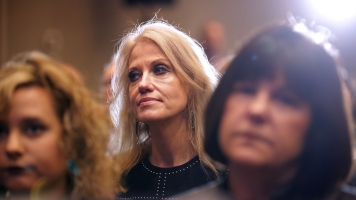 Later on, the White House pulled Conway from appearing on television, saying she was "off message" on Flynn.

But Conway's "free commercial" was the only gaffe that could have resulted in punishment. The ethics office can recommend possible penalties for Conway, but enforcing them will be up to the White House.