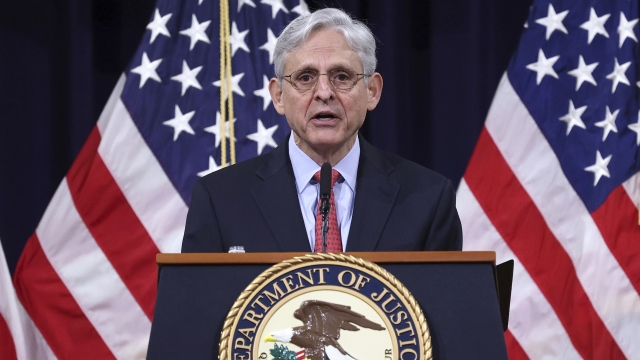 SMS
White House Unveils Strategy To Counter Domestic Terrorism
By Newsy Staff
By Newsy Staff
June 15, 2021
The national plan focuses on finding ways to address the root causes of violence and how to prevent it.
SHOW TRANSCRIPT

The White House is rolling out a new national strategy to counter domestic terrorism.

Attorney General Merrick Garland laid out the Justice Department's approach on this issue.

In his policy speech, the attorney general discussed various threats from domestic extremists, including mass shootings and the deadly insurrection at the Capitol in January.

Garland says that threat is increasing.

"The national strategy recognizes that we cannot prevent every attack, " he said. "The only way to find sustainable solutions is not only to disrupt and deter but also to address the root causes of violence."