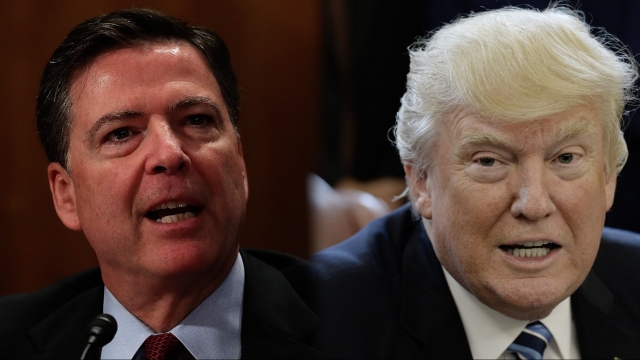 The White House is pushing back on reports that President Trump's decision to fire FBI Director James Comey had to do with investigations into the Trump campaign and Russia.

"He had lost confidence in Director Comey. And frankly, he had been considering letting Director Comey go since the day he was elected," White House deputy press secretary Sarah Huckabee Sanders said Wednesday.

But the president and White House press secretary Sean Spicer said as recently as last week that Trump had confidence in Comey.

"The president has confidence in the director," Spicer said during a press briefing on May 3.

Both Democratic and Republican members of Congress have been questioning the timing of Comey's firing. They've asked why Trump didn't fire Comey as soon as he took office, since the administration cited Comey's handling of the Clinton email investigation as the reason for his firing.

"That, along with the corrections that had to take place over the last, I believe 48 hours, those are all big problems," Sanders said.

While the U.S. Department of Justice denied the reports, they only fueled speculation that the decision had more to do with the FBI's investigation into whether the Trump campaign colluded with Russia.

"He did have a conversation with the deputy attorney general on Monday, where they had come to him to express their concerns. The president asked that they put those concerns and their recommendation in writing," Sanders said.

Meanwhile, Comey has reportedly been invited to testify before the Senate Intelligence Committee next week, though as of Wednesday afternoon, it was unclear whether he would do so.