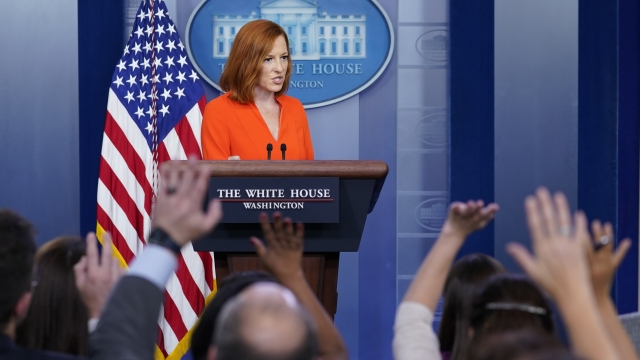 President Biden is working to move forward on a number of legislation issues and lawmakers are ready for what could be a long summer of back and forth with the White House.

Pressure is growing to get an infrastructure  deal done. President Biden hosted Sens. Joe Manchin and Kyrsten Sinema at the White House yesterday to discuss it.

Manchin and Sinema are key to helping advance the president's agenda and are a part of a group of 21 Democratic and Republican senators who support a $1 trillion plan that includes $579 billion in new infrastructure spending.

The White House says the president told the senators he's encouraged by the talks but still has questions about the policy.

"But certainly he's encouraged by the fact that the number has increased. The investments have increased, has some questions about the pay-fors, which I've noted, and has a red line about the gas tax and raising taxes on individuals making less than $400,000 a year," said White House Press Secretary Jen Psaki.

While the White House is pursuing a bipartisan deal on traditional infrastructure like roads and bridges it's also seeking a larger package focused on "care infrastructure." The administration and Democratic lawmakers are looking to pass that package through the budget reconciliation process which would require only a simple majority of votes in favor of it.