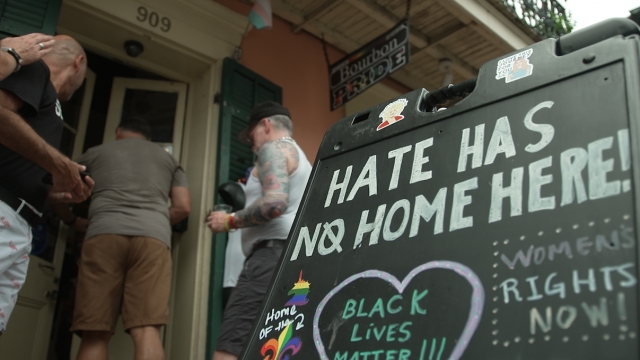 "This is a must-do in New Orleans. It's like Mardi Gras but this is Mardi Gras for this community," said Jennifer Jones, New Orleans' dancing queen.

Southern Decadence, an LGBTQ+ festival expected to attract up to 300,000 people to the city of New Orleans, is back for the first time since the COVID-19 pandemic.

But new to the party: a vaccination clinic.

The White House is focusing on events like this one across the nation in hopes of getting the monkeypox outbreak under control.

"Our goal, as with many of our public health interventions, is to bring the service to the people who need it," said John Brooks, the chief medical officer at the CDC's multinational monkeypox outbreak response.

Anyone can get monkeypox, but it has been most common among men who have sex with men.

"What we know about monkeypox is that the No. 1 mode of transmission is skin-to-skin intimate contact," said Dr. Jennifer Avegno, director at the New Orleans Health Department.

The CDC is working with the Louisiana Department of Health and the New Orleans Health Department to boost immunizations in the LGBTQ+ population. 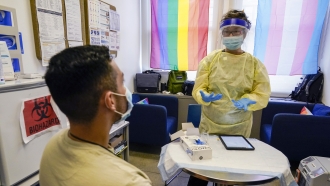 The federal government sent thousands of extra monkeypox vaccines to the city of New Orleans ahead of Southern Decadence this Labor Day weekend.

The city has a vaccination clinic within walking distance of the French Quarter where people who are most at risk can go, get the monkeypox vaccine and get tested if they need to.

The state got 1,500 additional vaccine vials for the event; officials say it's possible that can provide up to 6,000 vaccine shots if administered correctly by a medical professional. It's way less than what the state originally asked for, but the New Orleans Health Department says it's better than nothing.

Residents like Jonathan Reazin are happy to get the vaccine if it means keeping the party going.

"A lot of people that have already gotten shots — we're comparing bumps. Mine's on the backside [of the arm]. Theirs are on the front," said Reazin. "For me, if it happens in this community, I want to do my part to prevent it from spreading so that's why I got the vaccine."

If the city runs out of the vaccine supply provided for the event, officials informed Newsy, the city is able to dip into state supply, as long as it promises to replenish anything that was used.