White House Seeks To Fend Off Recession Fears Ahead Of Elections 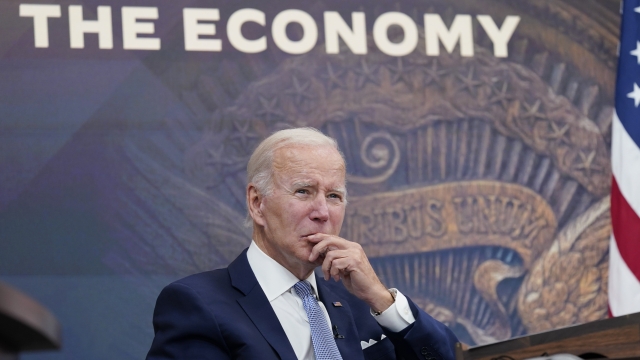 SMS
White House Seeks To Fend Off Recession Fears Ahead Of Elections
By Kellan Howell
By Kellan Howell
October 16, 2022
In a new survey, economists predict a 63% chance of a recession in the next 12 months, up from 49% in July.

With less than 30 days to go until the midterm elections, the White House is seeking to paint a rosier picture of America's inflation problems this weekend.

White House Economic Adviser Cecilia Rouse on Sunday defended the slow progress the Biden administration has made on bringing prices down, arguing that the Federal Reserve's aggressive interest rate hikes are starting to work.

"So, we're starting to see signs that our red-hot economy is starting to cool. And so, we know that, because of that strength we're in, we're better positioned than most other countries for the Fed to achieve its goals," said Rouse.

But those steps might not be working fast enough. In a new Wall Street Journal survey, economists predicted a 63% chance of a recession in the next 12 months, up from 49% in July. 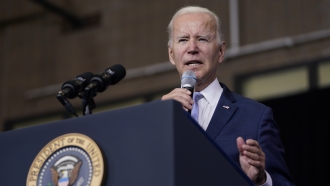 Administration officials insist that the White House is doing everything it can to prevent that but caution that it will take some more time to see results.

"It's possible but not inevitable and we're doing everything we can to strengthen the foundations of the American economy," said Secretary of Transportation Pete Buttigieg.

A majority of Americans — 56% — now say higher prices are causing financial hardship, according to a September Gallup Poll, and increasing costs are top of mind for voters going to the polls in November.

Republicans are seizing on opportunities to hold their Democratic opponents accountable when it comes to the state of the economy. Like in Colorado, where GOP Senate candidate Joe O'Dea slammed incumbent Democrat Michael Bennet over his vote to pass the Inflation Reduction Act.

"This inflation has been caused by the $1.9 trillion reckless spending bill that got put in place by Michael Bennet. He cast the deciding vote back in March of last year; it's caused record inflation," said O'Dea.

Bennet, along with the White House, argue the cost-cutting measures of the Inflation Reduction Act will take time to kick in. 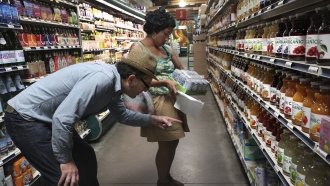 "The cap on drug prices for seniors and the requirement — finally, finally, we overcame pharma to have Medicare negotiate drug prices on behalf of the American people, capping insulin at $35 a month. These are things that are going to take a while to put in place," said Bennet.

But with the elections closing in, time is not on the Democrats' side, and GOP leaders are confident they will be able to flip the House and the Senate to red.

"They are furious with Biden and Pelosi's far-left socialist agenda that's led to increased spending, increased inflation. Just the cost of everything you buy when you go to the grocery store, if you can even afford to put gas in your car when you get there," said House Republican Whip Steve Scalise.

The White House argues that inflation is a global problem that's even worse in some European countries and insists strong employment numbers make a recession less likely.