White House Says It Will Keep 200 Troops In Syria 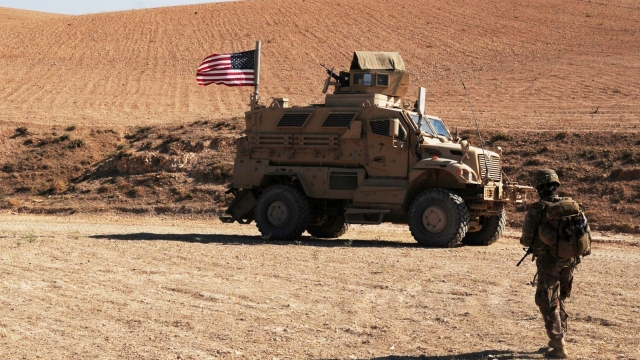 White House press secretary Sarah Sanders says that a small contingent of troops will stay in Syria for "peacekeeping" reasons.

Instead of withdrawing all U.S. military forces from Syria, the White House says it now plans to leave a small number of troops in the country for "peacekeeping" reasons.

White House press secretary Sarah Sanders said Thursday that about 200 troops will stay "for a period of time."

Back in December, the Trump administration announced its plans to remove all of the roughly 2,000 U.S. troops that were stationed in Syria. The U.S.-led military coalition in Syria began that withdrawal process in January by moving some equipment out of the area.

The decision wasn't exactly popular with defense officials. It's at least part of what prompted former Defense Secretary Jim Mattis to submit his resignation. And the top U.S. commander in the Middle East has warned that U.S. troops are needed in the region to continue the fight against ISIS.

The White House's announcement on Thursday came one day after The Washington Post reported that European countries were resistant to the idea of keeping their forces in Syria if the U.S. pulled all its troops.