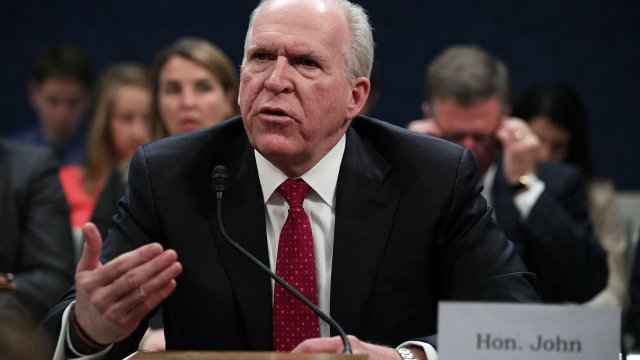 Last month, press secretary Sarah Sanders announced a list of former officials being considered for clearance revocation. Some pointed out that many of those officials had been publicly critical of President Donald Trump.

Brennan was the first to have his clearance revoked since the list was announced. Some others on the list include former FBI Director James Comey, former Deputy FBI Director Andrew McCabe and former Director of National Intelligence James Clapper, who called the idea of revoking certain clearances "petty."

Sanders said Wednesday former officials are usually allowed to keep their clearances so they "can consult with their successors regarding matters about which they may have special insights, and as a professional courtesy." But she said neither of those reasons justify Brennan's continued clearance.