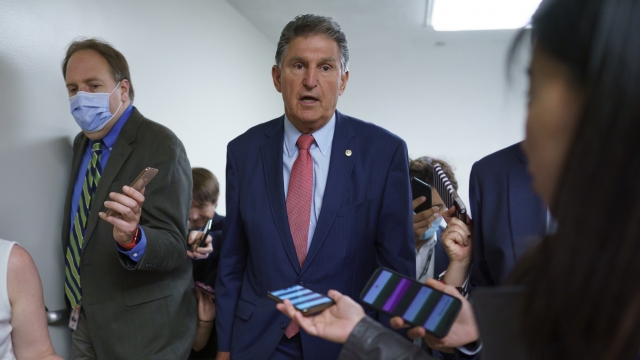 Senators are back on Capitol Hill and this week could be a pivotal one for the Biden administration.

"I think it’s the wrong piece of legislation to bring our country together and unite our country. And I'm not supporting that because I think it would divide us further. I don't want to be in a country that’s divided any further than I'm in right now," said Manchin. "I love my country and I think my Democrat, Republican colleagues feel the same. If we continue to divide it and separate us more, it's not going to be united. It's not going to be the country that we love and know, and it's going to be hard because it goes back and forth. No matter who's in power."

In an op-ed, Manchin also said he would not vote to weaken or get rid of the filibuster. That's the rule that requires 60 votes to advance most legislation. Without it, Democrats could push forward with a narrow majority with Vice President Harris breaking 50-50 ties.

Manchin says he will work to seek "bipartisan compromise no matter how difficult."