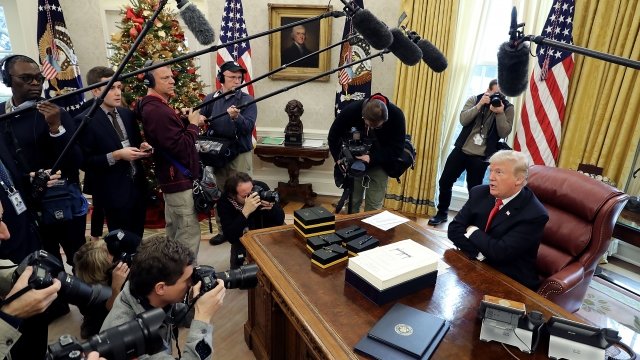 Some members of the White House press corps are rallying around one reporter after she was barred from attending a presidential event in the Rose Garden.

Collins was later told she couldn't go to the Rose Garden event, although it was open to all press. The White House said she was shouting questions and refused to leave after being asked to do so.

CNN described the ban as a "retaliatory action."

The White House rarely bars a member of the press corps from going to an event that is open to all members of the media.

Some media outlets and the White House Correspondents' Association condemned the decision and stood behind Collins and CNN. The WHCA president said: "This type of retaliation is wholly inappropriate, wrong-headed and weak. It cannot stand."

After the incident, Press Secretary Sarah Sanders said the White House supports the free press and asks everyone to be "respectful of the presidency and guests at the White House."