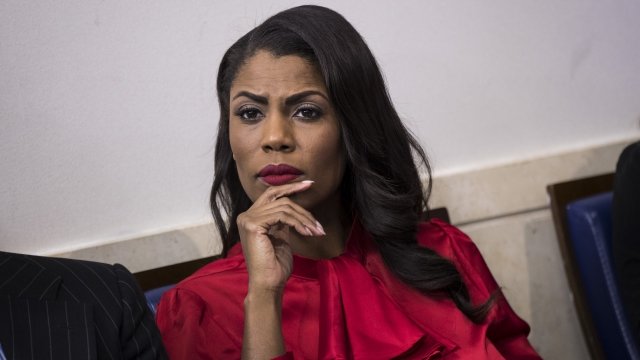 ABC News reports White House officials said they would try to stop Manigault Newman from releasing more tapes and punish her for secretly recording a conversation with Chief of Staff John Kelly.

On Sunday, Manigault Newman released that secret conversation, which she claimed was a recording of Kelly firing her in the Situation Room.

National security experts told Politico that her recording was a potential security breach in what is supposed to be one of the most secure rooms in Washington.

On Monday, Manigault Newman released another recording that played exclusively on NBC's "Today." Manigault Newman said it was a conversation between her and President Donald Trump the day after she was dismissed by Kelly.

As of Monday morning, the White House hasn't commented on that tape.

Manigault Newman wrote a book called "Unhinged: An Insider's Account of the Trump White House" that's set to be available to the public on Aug 14.

Multiple lawmakers have denounced many of the claims in her book.