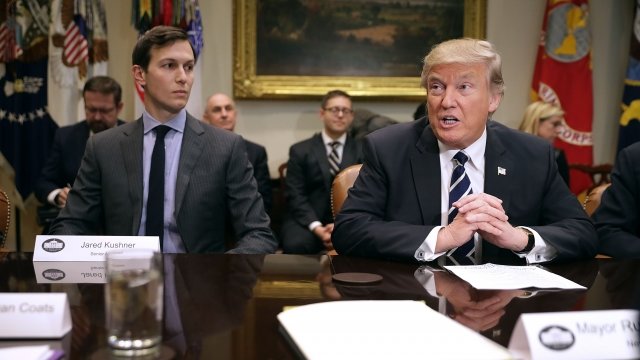 Jared Kushner's family-run real estate business sought and was denied financing from the Qatari government weeks before the White House supported a blockade on the country, according to reports.

Jared's father Charles Kushner reportedly held a meeting with Qatar's minister of finance in April 2017 in hopes of negotiating an investment in a New York City property from the country's sovereign wealth fund.

But that deal never happened. Then in June, a coalition of Gulf states cut diplomatic ties with Qatar, accusing it of financing terrorism and destabilizing the region. The Saudi-led group then imposed a punishing blockade on the country.

U.S. Secretary of State Rex Tillerson tried to negotiate an end to the blockade, only to be contradicted by President Donald Trump. Trump called Qatar a "funder of terrorism" and applauded the Saudi-led blockade.