Trump Administration May Announce Deal With Mexico On NAFTA Talks 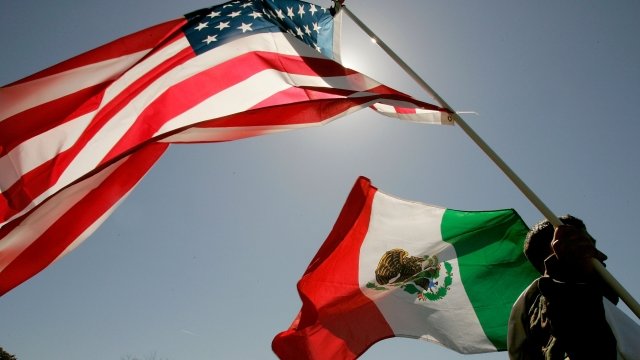 The Trump administration is expected to announce that it's come to an agreement with Mexico in regard to NAFTA talks.

Sources familiar with the talks told Politico that the White House plans to make the announcement sometime Thursday.

Officials are expected to announce that the U.S. and Mexico have made enough progress on their weeks of bilateral talks that Canada can finally join in the conversation.

But the sources told Politico that the schedule is subject to change. And whether the announcement even happens could entirely hinge on how high-level talks between the U.S. and Mexico go on Wednesday. One Mexican official told Reuters that he expected bilateral talks to be resolved by early next week.

The sticking point between Mexico and the U.S. has been reworking automotive industry rules. The U.S. wants to raise requirements that a certain percent of a car must be sourced from North America in order to qualify for reduced tariffs under NAFTA.