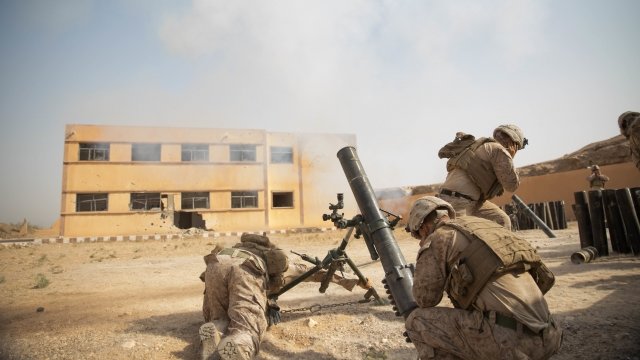 The Trump administration is pulling U.S. troops out of Syria, but the White House insists the fight against ISIS isn't completely over yet.

Wednesday morning, multiple news outlets reported that the Pentagon was told to withdraw all American forces from Syria as soon as possible. Around the same time, President Donald Trump tweeted, "We have defeated ISIS in Syria, my only reason for being there during the Trump Presidency."

A statement from Press Secretary Sarah Sanders echoed Trump's claim that the U.S. had "defeated" the terrorist group. But she noted that "These victories over ISIS in Syria do not signal the end of the Global Coalition or its campaign."

One of Trump's key allies in the Senate, U.S. Sen. Lindsey Graham, disagreed with the White House's assessment. He recently visited the Middle East and insisted ISIS has not been defeated. He wrote that pulling troops out of Syria "would be a huge Obama-like mistake."

According to Sanders, the U.S. already started bringing soldiers home, but the Trump administration will continue to work with its coalition allies to "deny radical Islamist terrorists territory, funding, support, and any means of infiltrating our borders."

Recent estimates put about 2,000 U.S. troops stationed in Syria. It's unclear exactly how many would come home.