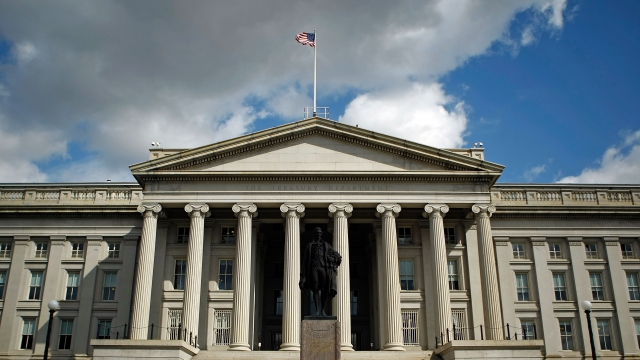 The federal deficit could surpass $1 trillion in 2019, according to an updated projection from the White House Office of Management and Budget.

According to The Hill, it would be the only time that's happened in U.S. history, aside from a short time frame following the Great Recession.

A deficit happens when spending exceeds income. In this case, federal spending is projected to jump as revenue fails to increase enough.

For some context, last year's Treasury Department analysis showed that the U.S. budget deficit increased 17% from the previous fiscal year to $779 billion. That was the highest it'd been since 2012. White House officials attributed the rise partly to more spending on the military, Medicaid, Social Security and disaster relief. The Congressional Budget Office also pointed to the Trump administration's tax cuts as a factor.

Fast forward to this year: Treasury Secretary Steven Mnuchin warned last week that the federal government could run out of cash before Congress is back in session, or as soon as early September.

He wants to take action before that happens by raising the debt ceiling ahead of the congressional recess starting July 26. But he needs to work with Congress in order to reach a budget agreement and make that happen.

Mnuchin's been in talks with House Speaker Nancy Pelosi lately about what to do in this situation.

Even though Mnuchin's called the conversations "productive," if time runs out and no deal is struck, the U.S. could run into another government shutdown.

There's also this: CNN notes that there's a chance the House recess could be pushed back a week, giving more time for negotiations. It's not clear if lawmakers would agree to those terms.