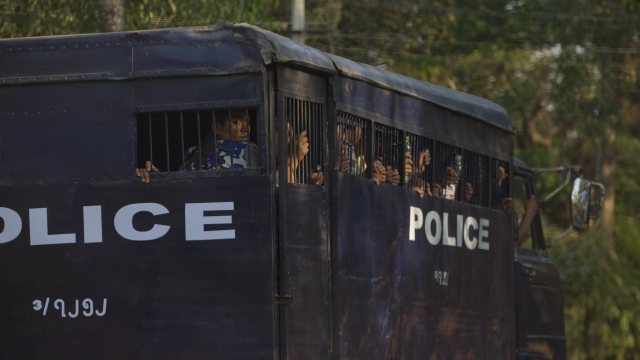 The Biden Administration is calling on authorities in Myanmar to release pro-democracy demonstrators and journalists detained during the coup.

The White House ramped up its pressure on Myanmar after 38 people were killed by security forces this week. It already placed sanctions on the country last month.

The Biden Administration says it's working with other countries, including China, to send a message to Myanmar.