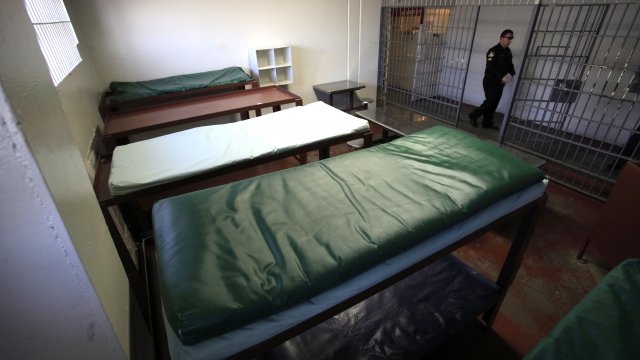 It’s in the news every day: violent crime growing nationwide. Murder and manslaughter up by nearly 30 percent in 2020 according to the FBI.

But less known is the rise in another kind of white-collar crime. Things like corporate fraud, embezzlement and Ponzi schemes.

This, as prosecution has been on a historic decline.

"The level of white collar prosecutions has been going down for more than a decade steadily," said Former Federal Prosecutor Ankush Khardori "It's now basically at its lowest point in recorded history."

A Harvard study says investigations and prosecutions of white-collar crimes first scaled back post 9/11, as the FBI shifted to combating terrorism.

As agents turned their attention elsewhere, there were significant increases in wire fraud, insider trading, and bank fraud.

“Most of the people there are not tycoons, not captains of industry, they're pretty ordinary people, you know, professionals, … parents of the children, that your kids go to school with, you know, the people down the block, and you wouldn't even know.” said Rev. Jeff Grant.

Reverend Jeff Grant runs a white-collar criminal support group that’s seen hundreds of members cycle in and out — either on their way to prison or after release.

He served 14 months in a Pennsylvania Federal Prison for his own white-collar crime: receiving a quarter-million dollars in disaster relief money to replace a Manhattan office he never had.

“The first most important thing is that I went to prison. If it wasn't for that, I'd either still be kind of a rough and tumble lawyer trying to make a lot of money or I'd be dead from a drug overdose.”

Prosecutions have mostly declined over the last decade.  The Trump Administration averaged a little over 5,600, a 25-year low as the focus turned to violent crimes.

The cost to U.S. Taxpayers is somewhere between 300 and 800 billion dollars per year. With the pandemic driving a new wave, complaints to the consumer financial protection bureau nearly doubled from 2019 to 2020.

And a University of Texas study found more than 15% of paycheck protection program loans had at least one sign of fraud. That’s $76 billion worth.

“If you ever have if you have a big pile of money, that needs to be given away fairly quickly to people, there are going to be people who commit fraud, it happens all the time.” said Jennifer Taub, author of Big Dirty Money.

In May the Department of Justice launched a task force focused on COVID-19 fraud. According to the department, prosecutors have seized more than $65 million in fraudulent PPP funds from more than 100 defendants.

“There's no doubt they're gonna find over a million instances of fraud.”

Grant says it can be a tempting crime and one that can carry a high price well before prison.

"We're looking over our shoulders, and wondering when we're going to get caught and leading a double life. And that cause soul sickness that's going on. And living in isolation, can't talk to anybody about it. And knowing every day, that there's a sword hanging over our heads. It's sickening."