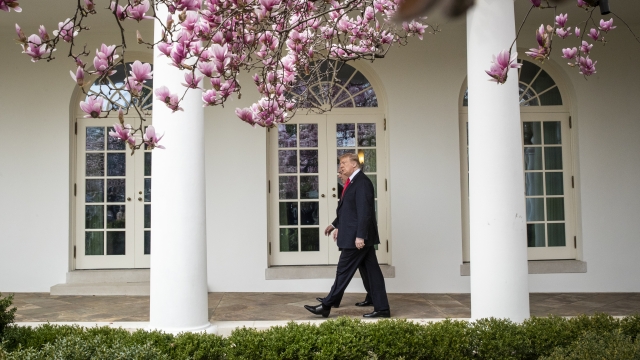 The House oversight committee is tired of waiting for the White House to cooperate with its security clearance investigation.

Committee Chairman Rep. Elijah Cummings sent a letter to the White House on Monday saying that subpoenas are the next step. The committee launched its investigation into the Trump administration's security clearance approval process in January, and so far, Cummings says the White House has refused to voluntarily cooperate.

But that hasn't stopped the committee from investigating. Monday's letter and corresponding documents spell out what lawmakers learned from a White House whistleblower named Tricia Newbold.

Newbold was one of the White House staffers who reviewed security clearance applications. She told the committee she has a list of 25 people with "serious disqualifying issues" who were initially denied a security clearance, but those decisions were overturned. According to her, overturning approval decisions is normal, but she says her superiors didn't follow the established procedures for documenting *why a security clearance was being granted anyway.

Cummings says subpoenas could be approved as early as Tuesday. According to the letter, the first one will be to the previous Personnel Security Director at the White House, Carl Kline.