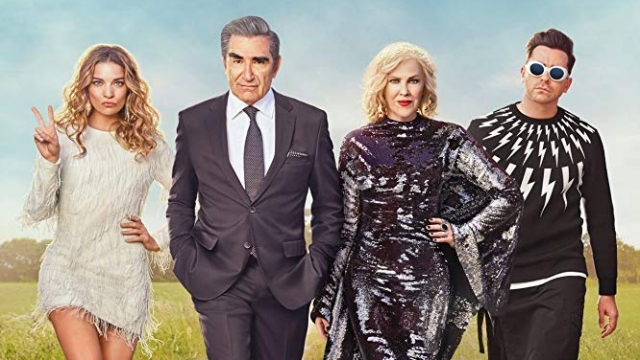 SMS
Which Country Makes The Most Globally In-Demand TV Shows?
By Casey Mendoza
By Casey Mendoza
September 30, 2019
"Maybe they started as a place for an American studio ... but then have developed into a place to say, 'We have everything we need here.'"
SHOW TRANSCRIPT

The vaudeville era had a saying: "Will it play in Peoria?"

The phrase, referring to a city in central Illinois, was meant to ask if a piece of entertainment would be successful nationwide rather than just in major, coastal cities.

Today, that phrase is still relevant in business and U.S. politics. But in the entertainment world, the phrase might need to include places like Berlin, Mexico City or Toronto to be true to the industry today.

"Titles that have global appeal — the ones that can maximize what we would think of in terms of demand across the highest number of markets — by definition is going to be what you want to make, right? You only have a limited amount of resources, not only of money, even if you have billions, but also in terms of people and time."

The research firm Parrot Analytics measures the global demand and "travelability" of television shows from companies like Netflix, Hulu, Amazon Prime Video and CBS All Access.

Guess which country they found has the highest rate of global travelability? Surprisingly, it's not the U.S. It's Canada.

Courtney Williams, the head of partnerships at Parrot Analytics, attributes Canadian entertainment's success to the global demand of dramas like "Orphan Black" and "Vikings," as well as children's programs like "Paw Patrol" or "Dino Dan."

Those two genres consistently perform well around the world, and while data can't pinpoint exactly what makes Canadian television so travelable, Williams notes that it helps the programs are in English.

"Canada and Canadian content typically falls into that same category as U.S. or English content, which up until recently, as you know, people were not so keen on having foreign-language content or subtitled content unless they lived in in Russia or some parts of Asia. And so as a result, English-language origin content also, as a rule, typically travels better."

["I have my license in seven different countries, and I have my F-Class."]

The travelability of Canadian TV says a lot about how the country's entertainment industry has grown over the past couple years.

In 2017, Netflix announced it would invest more than $400 million over the course of five years into original Canadian productions like "Anne with an E" or "Alias Grace." Just two years later, the streaming company said it already exceeded that investment.

Beyond Netflix, Pop TV's Canadian sitcom "Schitt's Creek" marked the first show from the country to receive a Critics' Choice nomination for best comedy. The program was also nominated for four Emmys this year.

"Certainly over the last 20 years, there has been quite a growth and breadth of the content made in Canada as people have been utilizing the funds and the financing. And so there's a lot of co-productions that are being made there, and there's a number of studios and a lot of companies that are based there. ... Maybe they started as a place for an American studio to make content, but then have developed into a place to say: 'Well, actually, we have everything we need here. We have writers, we have talent, we have the facilities. We should make our own content.'"