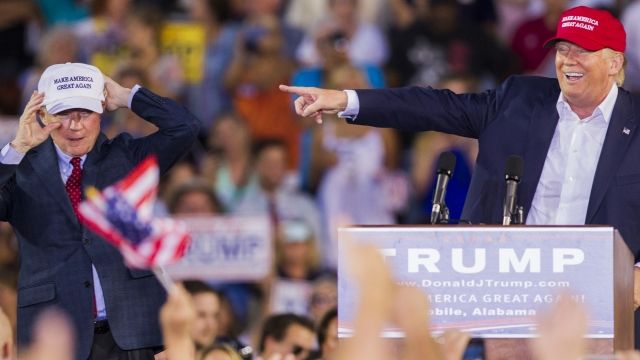 President-elect Donald Trump has finally zeroed in on an attorney general: Alabama Sen. Jeff Sessions. If you've never heard of him, get used to the name because it's going to be in the news for weeks.

Sessions is a former prosecutor, has been in the Senate since '97, is on the Senate Judiciary Committee and has had to fight off accusations of racism since the '80s.

In 1986, President Ronald Reagan nominated Sessions for a federal judgeship. During his confirmation hearings, former colleagues said Sessions used the n-word and joked about liking the KKK until he heard they smoked weed. His nomination was rejected thanks, in large part, to those racist comments.

For his part, Sessions denied ever making the comments in the '80s, saying, "I am not a racist. I am not insensitive to blacks."

And in his remarks during a ceremony honoring the Selma, Alabama, marches, Sessions said, "Certainly, I feel like I should have stepped forward more."

But the NAACP released a statement going beyond Sessions' words, citing his opposition to the Voting Rights Act and calling Sessions "deeply troubling."