What To Know About Super Bowl LVI, From Cooper Kupp To Eminem 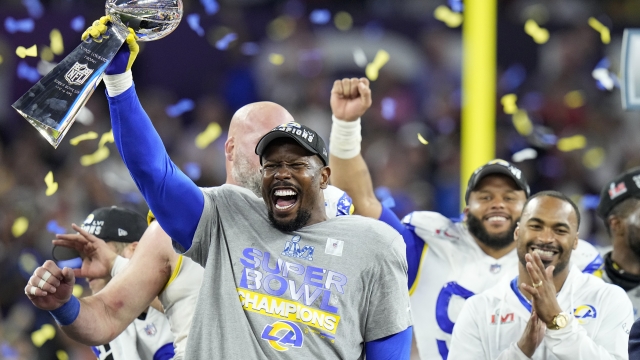 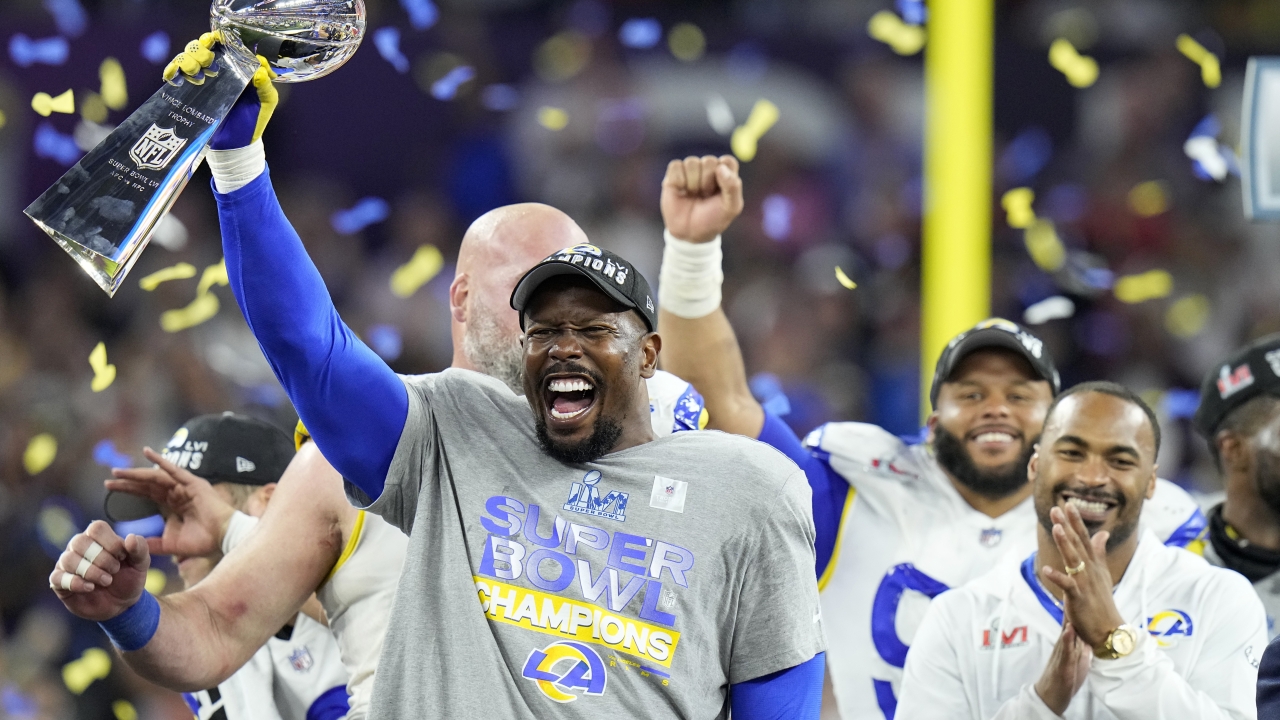 From a thrilling late touchdown drive that gave the Rams a 23-20 win over the Bengals, to Eminem taking a knee and Meadow Soprano driving an electric Chevy, here's what happened Sunday at Super Bowl LVI.

HERE'S WHY THE RAMS WON THE SUPER BOWL:

Down 20-16, the Rams went on a 15-play drive capped by Matthew Stafford’s 1-yard touchdown pass to Super Bowl MVP Cooper Kupp for the go-ahead score with 1:25 left. 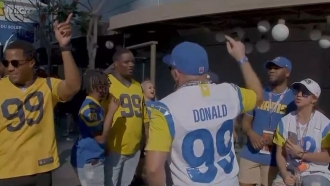 Fans Were Hyped All Day For Super Bowl LVI

Kupp's touchdown catch came after three costly penalties by the Bengals' defense. After both teams were flagged only twice in the first 58 minutes, the Bengals were called for penalties on three consecutive plays.

Advertisers shelled out up to $7 million for 30 seconds during the Super Bowl, and they used their time to try to entertain with humor, star power and nostalgia.

And Chevrolet re-created the opening sequence to "The Sopranos" to tout its all-electric Chevy Silverado.

This time, however, Jamie-Lynn Sigler, who played Meadow Soprano on the show that ran from 1999 to 2007, is in the driver's seat instead of the Sopranos patriarch played by the late James Gandolfini. 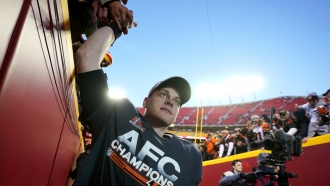 Here Are Some Notable Firsts Ahead Of Super Bowl LVI

HERE'S WHO PERFORMED AT HALFTIME:

50 Cent made a surprise upside-down entrance at the Super Bowl halftime show, and Eminem dramatically took a knee.

As his rendition of "Lose Yourself" ended, Eminem took a knee and held his head in his hand in apparent tribute to former San Francisco 49ers quarterback Colin Kaepernick, who took a knee during the national anthem to protest police brutality during the 2016 season.

HERE'S WHY THE OVER HIT ON THE PREGAME NATIONAL ANTHEM:

Mickey Guyton told The Associated Press this week that she'd earned the nickname "Quickie Mickey" for singing "The Star Spangled Banner" in a tight 1:30. She sang it in about 1:50 Sunday, 15 seconds over the projected mark of 1:35 set by oddsmakers.

HERE'S WHO ELSE PERFORMED PREGAME:

About 40 minutes before kickoff, the Rams and Bengals lined the end zones and looked up at the big screen while outside, next to SoFi Stadium's lake, gospel duo Mary Mary and the LA Phil's Youth Orchestra Los Angeles performed "Lift Every Voice and Sing," a song that's known as the unofficial Black national anthem.

Singer Jhené Aiko brought a novel combination of R&B and harp to her rendition of "America the Beautiful."

And The Rock grabbed a mic on the field and put on his old wrestling persona to introduce the teams just before kickoff, in the style of an announcer before a big fight.