What To Expect When Amber Heard Takes The Stand Next Week 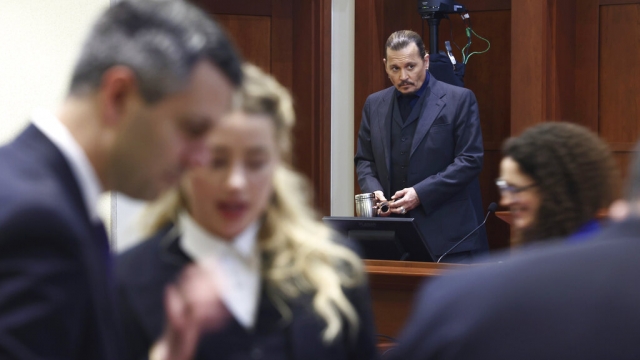 SMS
What To Expect When Amber Heard Takes The Stand Next Week
By Newsy Staff
By Newsy Staff
April 30, 2022
Johnny Depp concluded his testimony on the witness stand in his libel suit against his ex-wife. What happens next?

It's the trial that has everybody talking.

Actor Johnny Depp is suing his ex-wife Amber Heard for libel over a 2018 op-ed piece she wrote in The Washington Post about her being a victim of domestic abuse. The piece does not name Depp, but his attorneys say the implications are defamatory, and he claims her allegations cost him his career, as Disney dropped him from the "Pirates of the Caribbean" franchise just days after the article was published.

Depp concluded his testimony in the $50 million defamation lawsuit against Heard, and although, social media says he has already won, will the jury side with him?

Criminal Defense and Entertainment Attorney, Darryl Cohen, talks to Newsy and explains what to expect when Heard takes the stand next week as the first witness for her defense.