What To Expect From The 'Roots' Remake 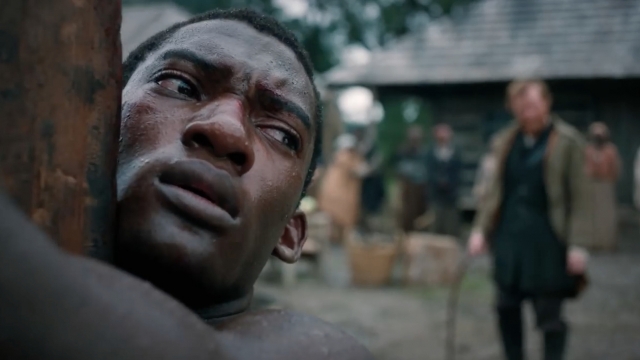 SMS
What To Expect From The 'Roots' Remake
By Jamal Andress
By Jamal Andress
May 30, 2016
A&E is airing a reboot of the iconic "Roots" miniseries, and this version is grittier and more realistic than the one that ran in 1977.
SHOW TRANSCRIPT

It's been nearly 40 years since "Roots" quite literally captivated half the nation, pulling in 51 percent of all American households with TVs for the finale of the record-breaking series.

Decades later, the History Channel is airing a reboot of the iconic series with LeVar Burton, the original Kunta Kinte, serving as executive producer and Malachi Kirby taking over the kidnapped African warrior role.

Airing four consecutive nights starting Memorial Day 2016, the new series has been labeled a grittier version of the original — and it's about a third shorter.

Although the project is one series, it has four different directors, just like the original 1977 version. Longtime director and actor Mario Van Peebles will be directing his son in the series.

But many people involved were initially hesitant about the idea of remaking such a historic piece, including Burton.

He told The Hollywood Reporter he came around because "there is a whole generation of Americans who don't know the story, don't have a connection to Roots."

The A&E Networks bet big on the project, spending a cool $50 million on production and recruiting an all-star cast that includes Forest Whitaker, Laurence Fishburne, Anna Paquin and others.

As for the critical reception, it's going to be hard to beat the accolades claimed by the original. "Roots" received 37 Emmy Award nominations and won nine.

That said, feedback for the new series has been spectacular so far. It's got a 100 percent Rotten Tomatoes rating, and Kirby's Kunta is being lauded as the breakout performance.

Roots will air on the History Channel, Lifetime and A&E at 9 p.m. Eastern on all four days.