Ask The Experts: Where Gerrymandering Goes From Here 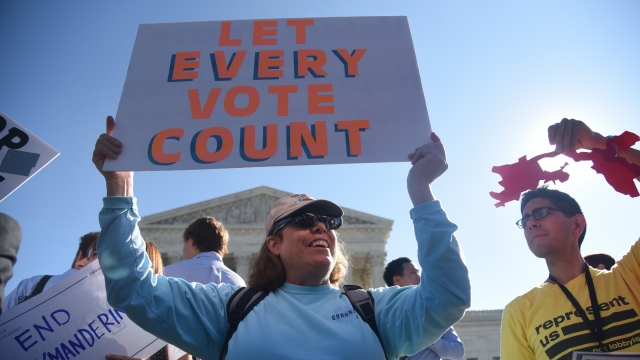 SMS
Ask The Experts: Where Gerrymandering Goes From Here
By Cliff Judy
By Cliff Judy
June 27, 2019
With SCOTUS ruling partisan gerrymanders are "beyond the reach of federal courts," unfair districting is likely to go on. But states can do something.

On Thursday, the U.S. Supreme Court ruled in a 5-4 decision ruling that partisan gerrymandering is a political matter "beyond the reach of the federal court."

In this Ask The Experts, Professor Jay Dow of the Kinder Institute on Constitutional Democracy argues the ruling isn't all that surprising given the court's historical precedents.

He says taking on partisan gerrymanders would have also presented the court with a number of thorny issues. The court doesn't want to be seen as political. There is no benchmark for determining what level of partisan gerrymandering is unconstitutional, and the court presumably would have no interest or realistic ability to continually enforce a benchmark (if it existed).

Dow says there are remedies — if Congress or state legislatures are willing to take them on. Citizen initiatives or nonpartisan councils to draw legislative districts are growing in popularity.

"The effects of the decision will in some cases embolden those that are trying to gerrymander districts for partisan purposes," says Dow. "I think now that the judicial remedy — the federal judicial remedy — is off the table, it's also going to motivate people at the state levels to go back and take a look at their districting processes."