What The U.S. Needs To Make A Carbon Tax Work 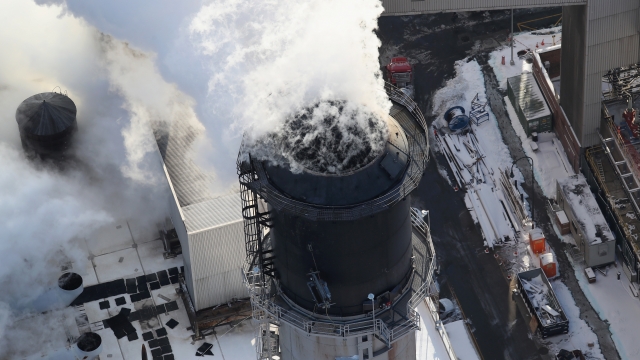 For a carbon tax to have the best chance of success, stakeholders have to buy in for the long haul.

In the U.S., the will to put a flat tax on carbon emissions is gaining ground. A direct tax makes pollution costlier for companies, and it could be one of the most effective ways to reduce the damage that greenhouse gases do to the climate. The question now is what it would require.

Scientists are confident that we need to put a price on carbon if we want to keep climate change mitigation cost-effective. Big industry is now lobbying for a tax because it could bring economic benefits. And many Democratic presidential candidates support one.

Adele Morris is the policy director for climate and energy economics at the Brookings Institution. She says emissions are increasingly on the public mind as well.

"We're seeing, I think, accumulating consensus amongst the American people that this is not a good thing, and we should do something about it," she told Newsy.

What would this something look like? The Congressional Budget Office estimates that a gradually increasing tax, starting at $25 per ton of U.S. greenhouse gases, could collect about $1 trillion in revenue by 2028. But the Tax Policy Center says the tax would likely increase fuel and electricity costs for customers. A flat regressive tax would also affect lower-income customers more than others.

Doing nothing will almost certainly be expensive as well. EPA researchers have estimated that if we don't do anything to mitigate emissions going forward, the annual economic impacts to the U.S. could be hundreds of billions of dollars steeper by 2090.

Ending reliance on coal could be the only reliable way to address the effects of climate change, according to the latest IPCC report.

For what it's worth, lots of Democratic presidential hopefuls support a tax that could help avoid those costs. Congressional carbon tax bills with Republican support are popping up more frequently. Morris says the trick will be to make that support last.

"We should be very concerned not just about what we pass but what we keep passed, because if we have this seesaw, either in regulatory ambition or in the legislation, we're not forming the investment patterns for long-lived capital that we need," Morris said.

If it works, though, and the U.S. can find a tax that sticks, it could make other technology and tools more attractive — and that could make it easier for the whole world to control its emissions.

"The way I look at it is, we know these damages can be very significant. They don't just accrue to the United States. When we put up CO2, we're damaging everybody else. And when they put up CO2, they're damaging us.""[With a carbon tax,] we're unleashing American capital markets on a new profit motive." Morris said. "And that is an incredibly powerful thing. And so we can develop those technologies. And those can spill over to the benefit of poor countries abroad that are not going to be able to mitigate unless it's cheap to do so."