What The Hell Is This Noise Jupiter's Making? 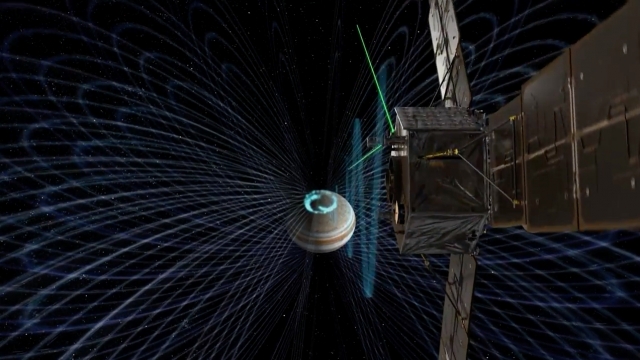 SMS
What The Hell Is This Noise Jupiter's Making?
By Evan Thomas
By Evan Thomas
July 1, 2016
Jupiter's magnetic field is the largest and strongest of any planet's in our solar system.
SHOW TRANSCRIPT

Turn up your headphones. NASA's Juno mission has entered Jupiter's magnetosphere, and it sounds weird.

This is the region of space protected by the planet's magnetic field. It's full of charged particles and makes radio noise that some of Juno's instruments can detect.

Earth has a magnetosphere, too. It keeps the solar wind from stripping our atmosphere away.

But Jupiter has the largest planetary magnetic field in the solar system, thanks to the energy of its metallic hydrogen interior.

It's intense, and not just for the noise it makes. The radiation is so severe it melts spacecraft after a while — about 20 months, in Juno's case. Once the probe lands in orbit, the clock starts ticking.

This video includes clips from NASA and music by Frenic / CC BY 3.0.