What The Brexit Means For Tourists Exchanging Money 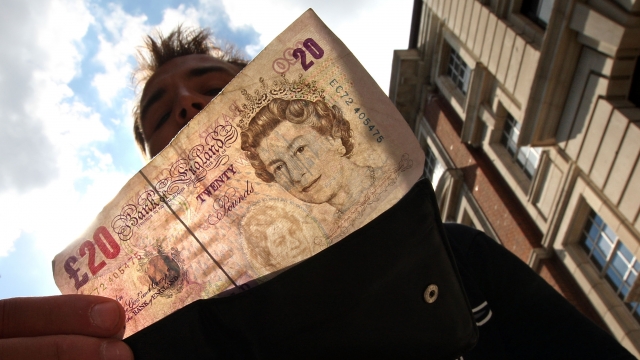 Some places, like banks and hotels, briefly suspended money exchanges involving the pound.

The Brexit has sent the U.K.'s currency tumbling, and people who are traveling may already see some effects.

There are reports banks and hotels briefly suspended currency exchanges involving the pound while they scrambled to figure out exchange rates.

The pound dipped to its lowest value against the dollar in over 30 years after the vote. That means exchanging pounds now will get you less than it would have before the referendum.

The pound was worth about $1.50 U.S. before the vote, and it dropped to about $1.32 by Friday morning — the steepest one-day drop in the history of the pound.

So what does this mean for travelers? Well, it's all kind of speculative right now, but it depends on whether you want to travel to the U.K. or travel out of the U.K.

Travel might get a lot more expensive for British citizens because of the fall in the value of the currency and the ripple effect it'll have on taxes and other costs.

But for Americans, now could be a good time to take a trip across the pond. We already make up about 10 percent of tourists in Britain, and the exchange rate looks a lot better than it used to ... for now, anyway.

This video includes a clip from Channel 5 and images from Getty Images.