What Should You Do If You Win The Mega Millions Jackpot? 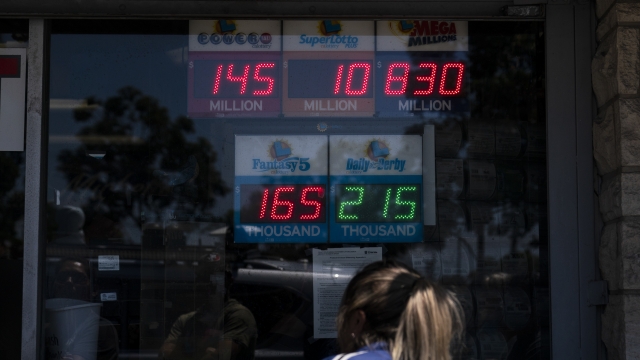 Though the chances are definitely not in one person's favor, the fantasy of winning the lottery with a $2 ticket can be tempting.

"The odds of winning the Mega Millions grand prize is 1 in 302.5 million," said Scott McFetridge, a news editor with the Associated Press. "It's hard to kind of get your head around what horrible odds those are."

The Mega Millions lottery jackpot of $810 million is the country’s fourth largest prize. It’s been growing for months, since no one has matched all six numbers since April.

The prospect for that payout is so exciting to Todd Graves, CEO of Raising Cane’s Chicken Fingers. Todd Graves bought about 50,000 tickets to share a potential prize with his 50,000 workers.

If you win, here are five things Forbes says you should do:

Remain anonymous, if possible, otherwise a lot of long-lost relatives or friends will reach out for loans.

Choose between a lump sum or 30 annual payments. Financially, Forbes says the lump sum is better because you can invest your money upfront and earn returns on it.

And finally, pay off debt.

What happens if another drawing goes by without a winner?

A rising number is leaving even bigger dreams in the 45 states, as well as Washington, D.C. and the U.S. Virgin Islands that allow playing.