What's The State Of The Affordable Care Act Today? 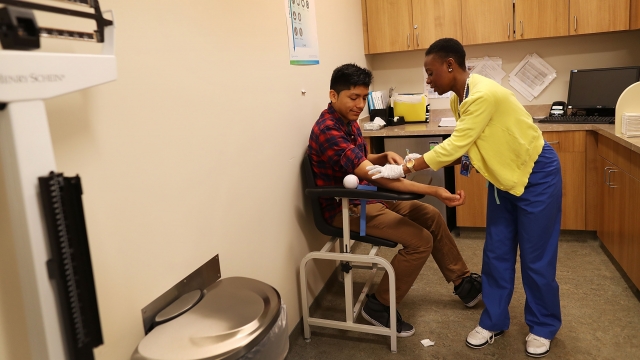 Health care is a major political talking point, with lawmakers from both sides of the aisle proposing big changes. But the Affordable Care Act is still the prevailing health care law. So let's take a look at its status today.

A number of key provisions in Obamacare remain in effect. Insurance plans can't penalize or refuse coverage because of preexisting conditions. Young adults can stay on their parents' plans until they're 26. Some states expanded Medicaid coverage. And preventive health care is free.

Arguably, the most notable part of the ACA that Republicans and President Donald Trump have successfully undone is the individual mandate. The Tax Cuts and Jobs Act effectively eliminated that requirement by making the penalty $0. Other rollback attempts have faced significant legal challenges.

In October 2017, President Trump said the government would stop making cost-sharing reduction payments to insurance companies. That money offsets the reduced premiums and deductibles offered to low-income families. Multiple insurance companies sued the administration to get those payments, and their cases are working through the courts.

In June 2018, the Trump administration tried to change the rules around association health plans, which let small businesses and individuals band together for cheaper coverage. Those plans are allowed to avoid the minimum standards set by Obamacare. A federal judge blocked the rule change before it went into effect, and the Trump administration has appealed.

All this could change with an impending court decision from the 5th Circuit Court of Appeals. In July, lawyers for 18 states laid out their case for declaring the health care law unconstitutional as a whole. President Trump's Department of Justice decided not to defend the law, so attorneys general from 16 states and Washington, D.C., stepped in to do that.

Regardless of which way that three-judge panel rules, the losing side is likely to appeal the decision to the U.S. Supreme Court.