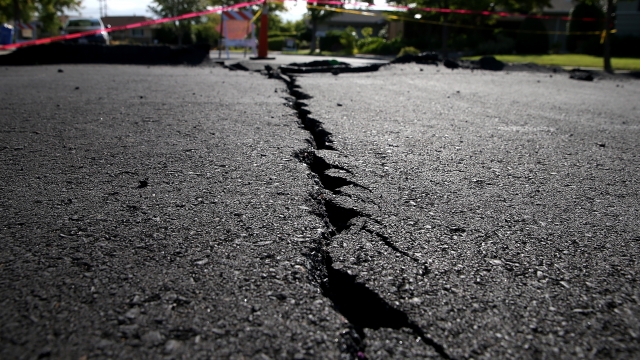 SMS
What's An Earthquake Early Warning System?
By Katie Cammarata
By Katie Cammarata
July 8, 2019
The early alert system could help Californians — and the rest of the country — be more prepared when large earthquakes hit.
SHOW TRANSCRIPT

There's an earthquake early alert system in the works that could help Californians — and the rest of the country — be more prepared when large earthquakes hit.

"We have an opportunity now to get more prepared, to be more vigilant ... to look at that alert system, and I'm happy to answer any questions about what the state will be and has been doing on a state overlay of an early warning system, which we are fully committed to and is a lot farther along than some actually may believe," California Gov. Gavin Newsom said.

The U.S. Geological Survey has been working with a coalition of states and universities since 2006 to develop the ShakeAlert early warning system.

Two large earthquakes — magnitude 6.4 and 7.1 — rocked parts of California just a day apart last week. For some perspective, the seismic magnitude scale goes up to 10, though the largest quake ever recorded was a magnitude 9.5 in Chile in 1960.

So what is the ShakeAlert system? The USGS says the purpose of the system is to "identify and characterize an earthquake a few seconds after it begins, calculate the likely intensity of ground shaking that will result, and deliver alerts to people and infrastructure in harm's way."

It does so by detecting the first energy released by an earthquake — called the Primary, or P, wave. That first wave rarely causes damage. Then, the system takes that information, figures out the location and strength of the quake, and sends out an alert to people who could be affected by it.

The USGS says the ShakeAlert system became sufficiently functional last year. It's being tested and rolled out in phases.