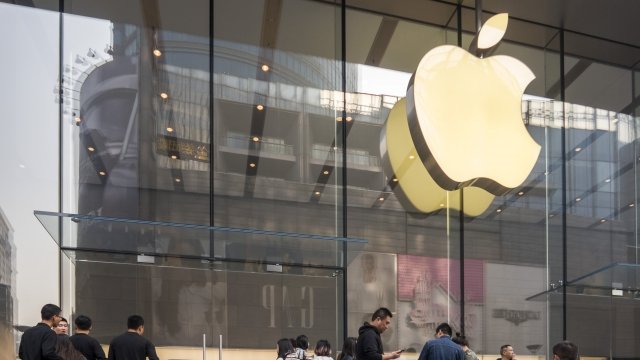 Apple's reduced revenue outlook announcement was certainly a shock for the stock market.

The company's shares tumbled as a result, opening Thursday at their lowest level since April 2017.

Apple CEO Tim Cook pointed to slow iPhone sales in China for the shortcoming. He also made reference to fewer iPhone upgrades and the company's decision to offer $29 battery replacements as factors that hurt sales.

Cook's explanation may also serve as a read on the world economy as a whole, with trade tensions between the U.S. and China and a slowing Chinese economy as key drivers.

Let's look at Apple's case: It's one of the world's biggest companies, and the iPhone is its biggest moneymaker. China is a huge market for Apple, making up a solid portion of its global revenue.

But after a lot of growth, experts say China's facing an economic slowdown. In fact, 2018 is projected to have its slowest growth since 1990.

And with Chinese consumers appearing more cautious about spending, Apple's not the only one facing the consequences. It joins a host of other western companies, like Starbucks and automakers, that economists say are finding it harder to sell in China.

Other analysts say the blame in this situation may lie more with Apple's expensive pricing strategy, as it keeps high costs on stagnant technology.

Cook said in his letter to investors that despite the challenges, he sees Apple's business in the Chinese market as having "a bright future."