What Republican Candidates Have To Say On The Flint Water Crisis 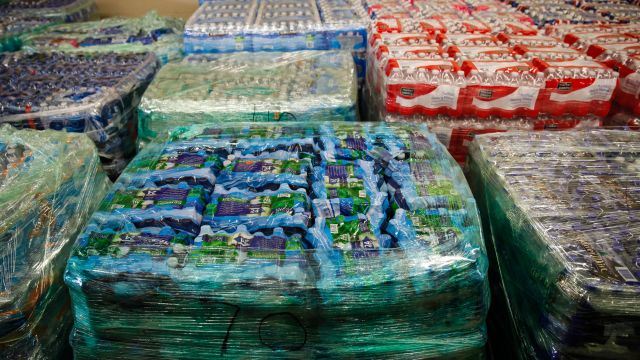 Democrats are talking a lot about the Flint water crisis. But what do Republicans have to say about it?

Democrats have put the Flint water crisis at the forefront of their race for president, even going as far as scheduling a debate in the city.

Here's what their Republican counterparts have said about the water crisis.

First, Sen. Marco Rubio, who was asked about Flint during the latest GOP debate:

"The politicizing of it, I think, is unfair, because I don't think someone woke up one morning and said, 'Let's figure out how to poison the water system to hurt someone.' But accountability is important," Rubio said during the Fox News debate.

Sen. Ted Cruz, on the other hand, had placed a "soft hold" on bipartisan legislation meant to aid the crisis-stricken city. He eventually said he'd allow it to pass.

Gov. John Kasich tried to play it safe when speaking on the crisis after Super Tuesday.

"Well, I would just say I don't have all of the details. When you suspect something, you have to act quickly, and I think now the governor is doing everything he can. He's going to the legislature, and I think he's going to Washington," Kasich said after a rally on March 2.

As for Trump? He hasn't said much, aside from calling it a shame.

This video includes images from Getty Images and video from WXYZ and Donald J. Trump for President and music from Frenic / CC BY 3.0.