What New Shows Can Replicate The Success Of 'Game Of Thrones'? 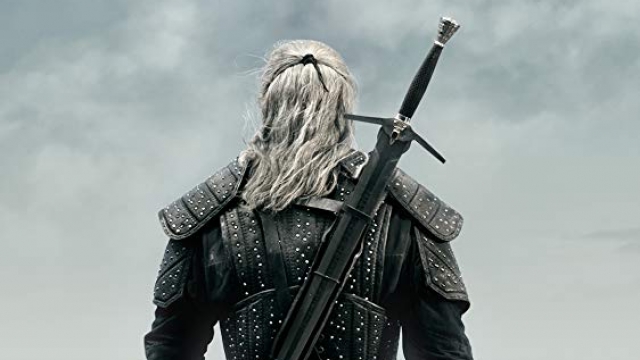 SMS
What New Shows Can Replicate The Success Of 'Game Of Thrones'?
By Casey Mendoza
By Casey Mendoza
July 23, 2019
Every streaming company wants to create the next "Game of Thrones" — and they're willing to invest millions.
SHOW TRANSCRIPT

["When humans and monsters arrived."]

["The greatest superhero team the world's ever seen."]

As the streaming wars heat up, content remains king.

Platforms like Amazon Prime Video, Netflix and HBO are investing millions into building up expansive libraries of new original series. And within these libraries, it's crucial to have one thing: a flagship.

["I look forward to seeing this one."]

To better explain what a flagship is, think "Game of Thrones" — HBO's most decorated and expensive property.

It's hard to say exactly how much of HBO's success is based on the fantasy series. One estimate shows that revenue dropped after each season finale, but that only takes into account the company's app.

Despite that uncertainty, one question is clear: With the original "Game of Thrones" finished, can another streaming company replicate its success?

"I think something like 'The Witcher' will be a big one, because it's a property people know about already. But then you put somebody like Henry Cavill in the center of it — who was a huge star from the Superman franchise — and it's almost like there's no way it's not going to be a hit. If it's not, I'd be really surprised. But as long as shows like that keep coming around, and that's why we're seeing a lot of the graphic novels and things that already have a fan base built into it. With Comic-Con, like, anything that's graphic novels, sci-fi-based, it's just a given that that's what will happen with those shows."

Netflix released a teaser for "The Witcher" during the 50th annual San Diego Comic-Con. The show is visually and tonally very similar to "Game of Thrones," and Netflix is confident it'll be a hit.

["A big new original series that we're currently shooting in Hungary called 'The Witcher.' That is enormous European IP, very popular game and book IP, that we think is going to make a really fun global series."]

["The world-building is probably one of the most, you know, compelling parts of the show."]

The promotions for the star-studded drama were hard to miss during Comic-Con, but if that show doesn't pan out with audiences, Amazon has another contender for its flagship: the anti-superhero series "The Boys."

["It was dark and funny and subversive and offered some jaw-dropping s--- that I hadn't seen anywhere else."]

["You know, we go deeper, we go darker, we go grittier, and I think that's where the fun is."]

"'The Boys' looks fantastic. I mean, Seth Rogen and Evan Goldberg have been slowly taking over television. So it only kind of makes sense that they're now moving into the streaming world. And I'm really, really excited for that one. And I think that it's different. I mean, talking about TV. I mean, there's so many superhero shows, we're at Comic-Con, they're everywhere. 'The Boys' is so different from that, like, initial idea of what a superhero show looks like. And I think that would be really good one that could pop."

Instead of a response to "Game of Thrones," "The Boys" stands more in opposition to franchises like the Marvel Cinematic Universe — which will have its own lineup of original series on Disney+.

Because of its irreverence and gritty nature, it'll likely also compete with HBO's "Watchmen."

"Oh my god, HBO Max is going to — that's going to break my bank, right? Like, I'm like already at my, like, streaming, like, services threshold. And now I have to get WarnerMedia. And HBO Max."

For studios and streaming companies, the fight for a flagship as strong as "Game of Thrones" is ultimately about subscriber growth. But for subscribers themselves, the rising number of these big-budget series can feel overwhelming — something that won't make streaming platforms easier to choose from.

"I think we're already seeing what the future is, because it's going to be a lot of content. And, you know, everything's so splintered off into different demographics and different audiences."

"I think there's still stuff that stands out regardless. I mean, there's always going to be those shows that just automatically just get that buzz."