Living With And Embracing A Skin-Picking Disorder 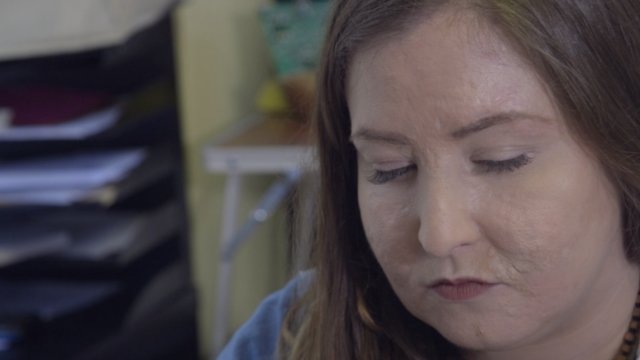 SMS
Living With And Embracing A Skin-Picking Disorder
By Melissa Prax
By Melissa Prax
July 2, 2018
Lauren McKeaney's story may involve a specific disorder, but her message about skin is for everyone.
SHOW TRANSCRIPT

Lauren McKeaney has picked her skin since she was little and for a long time didn't know why. Finally she got an answer: dermatillomania. Also known as chronic skin picking, it's a mental illness that's related to obsessive-compulsive disorder.

McKeaney said: "It's stigmatized as a mental illness, sure. But it's stigmatized in a stigmatized community. And that's been a big, big struggle and hurdle for us. ... When you have dermatillomania, this isn't like you flicked off a scab or popped a zit or picked off a cuticle, it's something that affects your social life, your dating life, your career. I don't think people have yet to really embrace that it is all-consuming."

Skin picking was something so consuming for McKeaney that she nearly lost her leg. 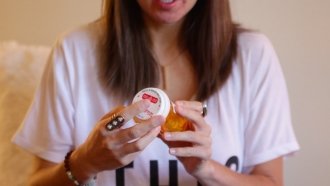 Women With Chronic Illness Are Becoming Their Own Advocates

"The abscess that I had on my thigh got severely infected, and I contracted MRSA, which is a life-taking bacteria, and I ended up having 8 inches of my thigh cut out, a vacuum put into my thigh that I wore like a purse 24/7, I was in a wheelchair, then a walker, then physical therapy. And even though not all dermatillomania cases can be as severe, I want people to know that story to know to not be ashamed if they have something that's infected that they are afraid to go get checked out," McKeaney said.

That infection helped her find an official diagnosis. Now she's embracing her dermatillomania and has started a nonprofit called the Picking Me Foundation.

The organization holds a variety of programs, including art therapy and social media campaigns. She's also teaching dermatologists about the disorder.

As many as 5 percent of people chronically pick their skin to the point it's noticeable. And even though obsessive skin picking appears in medical literature from as far back as the 19th century, dermatillomania isn't well-known yet in the medical community. Part of that is because it wasn't added to the manual of mental disorders until 2013.

Dermatillomania doesn't have a cure, but there are ways to help manage it.

McKeaney said: "After spending two decades doing everything to make you not look too close or not ask too many questions, I really hampered and forwarded any self-growth or even understanding of my own identity. Even though I'm totally consumed by the disorder, and in more in the helping way now ... what it's allowed me to do is meet myself as this advocate and as this proud and open and authentic individual that the previous decades didn't offer me."

McKeaney's message is one that goes beyond her own disorder — one for all skins.

"If you look at an aisle about, like a beauty aisle or a soap self-care aisle, check out how many bottles targeted towards women — creams, lotions, concealers, face wipes, etc. — say 'for clearer skin.' ... There's this idea that this porcelain canvas is what we should be after and what is most acceptable, and that's affected my journey with my skin and my identity. ... But now in embracing the dots, [I'm] embracing that my skin is my skin," McKeaney said.