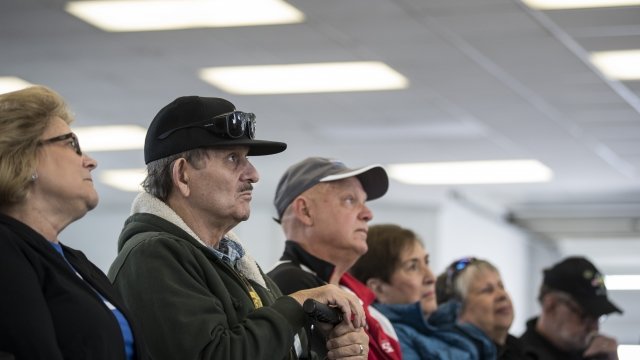 Nixon had promised during the '68 campaign that he had a "secret plan" that nobody knew about to end the Vietnam War. But once in office he decided against a quick withdrawal. No big plan. The result was that many Americans were frustrated the war wasn't ending. Two million people showed up to nationwide anti-war demonstrations on Oct. 15, 1969.

Nixon responded with his own speech. It promised "peace with honor" in Vietnam. He also cited demonstrators who carried signs reading things like "Lose the war in Vietnam. Bring the boys home." He responded: "I would be untrue to my oath of office to be dictated by the minority who hold that point of view."

He ended with this line: "So tonight, to you, the great silent majority of my fellow Americans, I ask for your support." 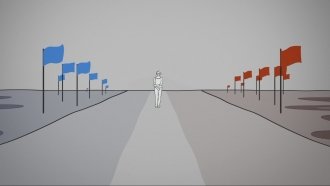 Caught In The Middle, Moderates Have More Power Than You Think

Telegrams and letters of support streamed in the day after the speech, and a staffer explained: Nixon’s "silent majority" was a "large and normally undemonstrative cross section of the country that until last night refrained from articulating its opinions on the war."

For Nixon, after that it was the "silent majority" versus the "noisy minority" of activists.

The term was based on "the idea that there are two kinds of Americans — the ordinary middle-class folks with the white picket fence who play by the rules and pay their taxes and don't protest and the people who basically come from the left," according to historian Rick Perstein.

President Trump often used the phrase "silent majority" during the 2016 campaign. He still uses it today in office.

Trump never explicitly defines "silent majority," but supporters at Trump rallies carried posters and signs saying, "Silent Majority Stands with Trump." And he says he stands with this group, typically thought to include white males without college degrees and rural voters.

The phrase inevitably leads to a few debates: Is it a stand-in for populism? Coded racism? Is it just plain true? Can a "noisy minority" actually overwhelm a "silent majority" in a country?

They were there before the 2016 campaign, but pollsters? They didn't pick up on them until the ballots were cast. Demographics tell a rich story of uncounted, unspoken electoral sentiment.

Exit polls from 2016 show that nationally, 71 percent of non-college-educated white males voted for Trump. And 61 percent of rural voters. That pretty much held true across Michigan, Wisconsin, Pennsylvania — all key electoral victories that turned an outspoken businessman into president and the mouthpiece of a group that many underestimated.