CBD Oil: Do We Really Need Cannabis In Our Coffee? 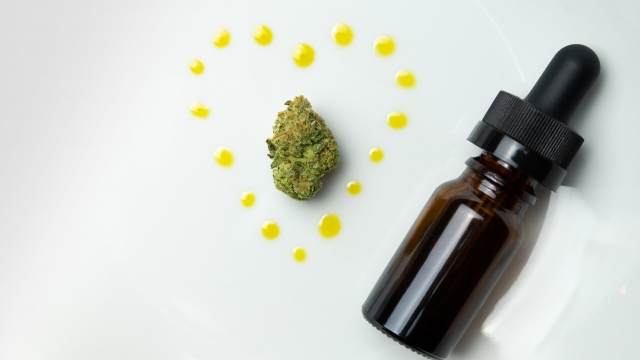 Shampoo, candy, mints and sparkling water are among the products with added CBD. Here's what you should know.

It's a miracle. It's a revelation. CBD is everywhere now. But what is it? And how did it suddenly take over the world?

A quick 45 seconds on the CBD basics, then its overnight ascendency:

CBD stands for "cannabidiol," which is the non-psychoactive chemical compound found in hemp.

It's billed as a wonder drug affecting the ECS, or endocannabinoid system, which a writer for CBD Origin explains has two routes packed with chemical receptor sites. CB1 is primarily in our brains and nervous system, with sites affecting mental and physical health. The CB2 route controls parts of the immune and cardiovascular systems. According to enthusiasts and some scientists, CBD interacts with these receptor sites, helping to ease levels of stress hormones and balance the body's normal functions.

Does the science bear all this out? Psychology Today clarifies there are 60 different active molecules in the marijuana plant, and while CBD might have some benefits, "Given the very low potency of CBD within the brain it is highly unlikely that CBD alone will provide significant clinical benefit."

Check out social media and it would appear CBD is a cure-all for anxiety, pain, inflammation, acne and dry skin. It comes as oil and cream, plus shampoo, candy, mints and sparkling water. There are even CBD pet treats.

Marijuana Addiction Is Real Even If It Doesn't Affect Most Users

Weed's reputation as a non-habit-forming drug is being challenged by scientists.

Figures vary widely for just how big the market is — and will get. The Brightfield Group, which focuses on the cannabis industry, puts the CBD market at about $591 million in 2018 and $22 billion by 2022. The Hemp Business Journal has a more modest assessment: About $129 million in 2016,  $190 million in 2017 and surpassing $645 million by 2022. No matter: growth is growth. On the commercial front, the public is buying in.

On the legal front, manufacturers got a boost from Congress. The 2018 Farm Bill legalized hemp, recategorizing it from a controlled substance to an agricultural product which can be shipped across state lines.

How safe are the CBD potions coming to a store near you? The FDA has approved a CBD medication for treating epilepsy, but research continues into other benefits. Some clinical trials show promise in treating anxiety, and animal studies suggest it could reduce inflammation.

One study found that 21 percent of CBD products also contain THC, and the amount of CBD was either too low or too high.

So while that special CBD shampoo soaks into your scalp, scientists are doing more research, regulators are writing rules, and Aunt Judy will keep frantically imploring you to "buy this pill" that keeps her so calm.