What Has Trump's Fight Against Opioid Addiction Done So Far? 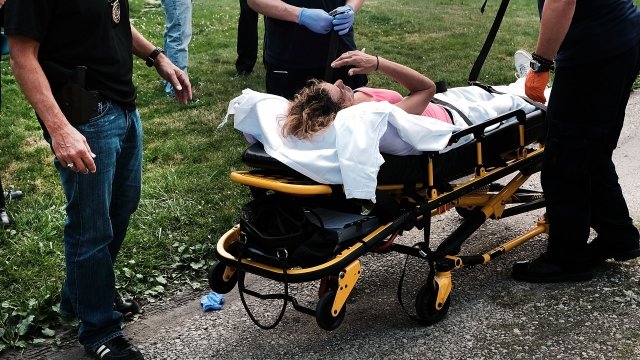 SMS
What Has Trump's Fight Against Opioid Addiction Done So Far?
By Tyler Adkisson
By Tyler Adkisson
August 31, 2018
On International Overdose Awareness Day, we look back at the Trump administration's fight against opioids to see what's worked and what hasn't.
SHOW TRANSCRIPT

Throughout his presidency, Donald Trump has made a point of fighting the opioid crisis with more funding and tougher laws to slow the problem down. But some CDC figures show that so far, those measures haven't been as effective as the administration might have hoped. Opioid deaths are still rising.

In March, the White House released its plan to fight the crisis, focusing on three initiatives: It would bolster law-enforcement policies to slow drug supplies, cut back on legal opioids, and increase resources and funding for addiction treatment.

In some cases, the government has followed through. In the 18 months after Trump took office, the Justice Department charged almost 200 doctors and 220 other medical personnel for opioid-related crimes. The president declared the crisis a public health emergency in fall of 2017 and later added $6 billion in federal funding to the fight. He also approved another $90 million for more than 700 local drug prevention groups this week.

Trump has implied this funding has started to drive opioid prescriptions down to their lowest rates in a decade. CDC data shows rates are indeed falling, but it's hard to say right now how much the recent funding contributed. Prescriptions have been declining for five years, and the effects of the White House's recent funding won't show up until the CDC releases its 2018 numbers.

And even though total prescriptions are decreasing, overdose deaths are still up. In 2016, the CDC predicted about 64,000 people in the U.S. died from an overdose, which was a record for the most in a year. That number jumped again in 2017 to 72,000 a year.

As the problem continues, some state and local governments are looking to step in themselves. Illinois and New York both recently began allowing doctors to prescribe marijuana as a replacement for opioids. In New York City, Philadelphia, Seattle and San Francisco, officials are setting up safe injection sites where people can get clean syringes and medical treatment.

It's unlikely that state and federal governments will be working together to fight the problem in the future, though. The DOJ warned that injection sites are illegal, and U.S. Deputy General Rod Rosenstein told several media outlets states that allow them would be met "swift and aggressive action" from the Justice Department.