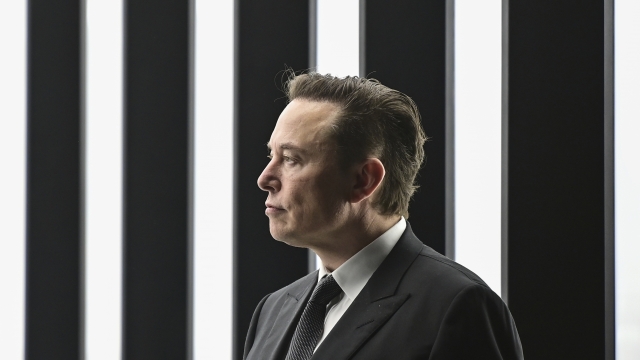 After months of trying to back out from a deal to buy Twitter, Elon Musk seems to be moving forward with the acquisition. It's still unclear what direction the company could head under his leadership — but experts are concerned it could open the platform to hosting increased unsavory content.

Those worries stem from Musk’s comments on how speech should be moderated on social media. Musk has suggested that he’d be more lenient with content moderation, saying “Given that Twitter serves as the de facto public town square, failing to adhere to free speech principles fundamentally undermines democracy.” Experts told Newsy this could open the platform to hate speech, misinformation, and other kinds of harassment.

"They got rid of some of the white nationalists and racists and anti-Semites," said Paul Barrett, Deputy Director of the Stern Center for Business and Human Rights at New York University. "They put in place policies that had [misinformation] labeling components. If you bring in Elon Musk, who himself has kind of a troll mentality online … overnight, Twitter will take steps back toward what it was in the past."

As Americans get ready for midterm elections, many social media platforms are tightening up on cybersecurity to protect voters.

Musk has also said that he would reinstate President Donald Trump’s Twitter account, which was banned for repeatedly pushing the false narrative that the election was illegitimately won by Joe Biden, and thus posed “a risk of further incitement of violence.” This worries civil society experts, as in recent weeks, Trump has used his Truth Social platform to routinely push election misinformation.

"When he had his social media platforms and his accounts across Facebook, Twitter and the like. What did he do with them? He used them to incite people," said Nora Benavidez, Director of Civil Rights and Digital Justice at Free Press. "He was really a super spreader of a lot of the worst stuff. When I then think about having him back on, it feels like the most obvious conclusion that we will see him practice those horrible tendencies again."

There are also concerns around Musk’s cryptic proposal to “authenticate all real human users,” which could require individuals to attach their real names to accounts. Experts told Newsy that could lead to more real-world harm.

"There are authoritarian regimes. There are cases where people don't want to maybe talk about their sexual orientation or political beliefs to their family members," said Anjana Susarla, Omura-Saxena Professor of Responsible AI at Michigan State University. "Authenticating everyone and saying that old-fashioned sort of a thing as having everything out in the open — where the cure of misinformation is more information — I think those things have been shown not to work."