What Does It Take To Survive A Filibuster That's Over 36 Hours Long? 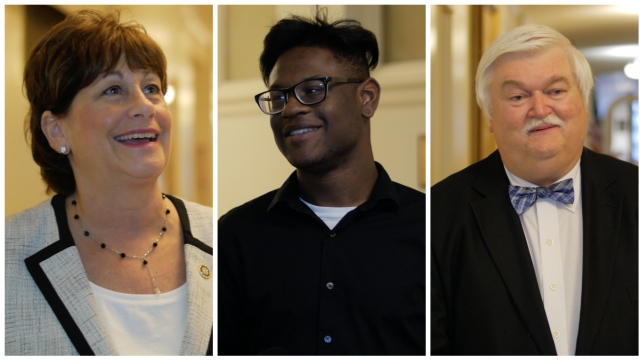 SMS
What Does It Take To Survive A Filibuster That's Over 36 Hours Long?
By Christian Bryant
By Christian Bryant
March 9, 2016
Filibusters can be tough for lawmakers and onlookers. We asked a few people at the Missouri Capitol how they dealt with the epic standoff.
SHOW TRANSCRIPT

Hourslong filibusters are a pretty interesting part of American politics. They can also be taxing for both lawmakers and onlookers. This week, Missouri Senate Democrats led filibuster, which lasted at least 36 hours, against a Republican proposal.

We spoke to a few people at the Missouri Capitol during the standoff about hygiene (showering is important but not necessary), fatigue (if you don't get some sleep, the sleep will get you) and how they dealt with listening to Missouri senators debate a single topic for more than day.

This video includes clips from Missouri Senate Communications, U.S. Senate, KXAN and C-SPAN and music from Black Ant / CC BY 3.0.