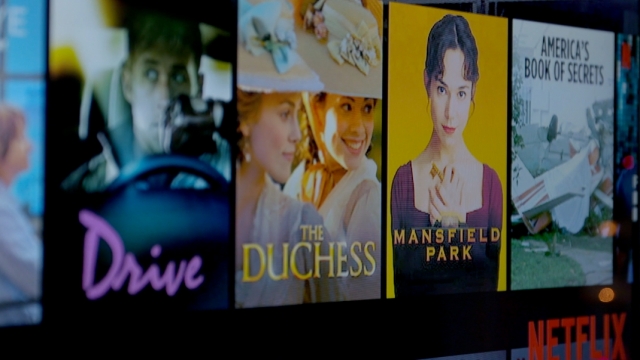 SMS
What Are People Actually Watching During The Pandemic?
By Casey Mendoza
By Casey Mendoza
May 1, 2020
Viewers at home are de-stressing with kids' shows, escapist dramas and ... pandemic-related titles.
SHOW TRANSCRIPT

What are you watching while self-quarantined?

Candice Frederick: "I am watching 'Westworld.'"

Ani Bundel: "'Mrs. America' is another one that just debuted."

These TV and film critics offered us some recommendations ranging from diving into the entire James Bond franchise to catching up on stand-up comedy specials. And one thing was pretty consistent …

Emily Aslanian: "By the end of the night, when I'm winding down … I need something that's feel-good."

Damian Holbrook: "We call it 'corona-clock' — like that time of day where it starts to get too much, and that's when I'm like 'all right, unplug, go look at something fun.'"

Because of the uncertainties of the pandemic, many viewers are choosing to watch more lighthearted titles to stay uplifted.

Bundel: "It's really hard to get people excited about dramas that are about things that are depressing."

Media analysts at Parrot Analytics found the most in-demand genres in the U.S. are escapist dramas and kids' shows. On the entertainment app Likewise, the most popular searches and recommendations are children's titles, reality TV and sports movies.

Ian Morris: "We're seeing really interesting trends, like I think our most popular list last I looked was '31 things to stream when you're feeling stressed.'"

That doesn't mean people are tuning out of pandemic-related titles entirely.

Morris: "Oddly enough, the number two list was 'pandemic movies and shows to watch.' So, clearly, different people have different ways of de-stressing."

Holbrook: "I first binged on that short-lived CW show 'Containment.' … It was about Atlanta being quarantined because of this viral outbreak."

Regardless of what people are watching, it's clear there won't be a shortage of entertainment for a while.

But just because so much content is available doesn't mean sitting in front of a screen is the only thing to do.

Aslanian: "I'm also trying to take time away from TV, because I find no matter what I'm watching, if I'm watching it for seven to eight hours straight, I certainly get a little crazy."