What A Trump-China Trade War Could Mean 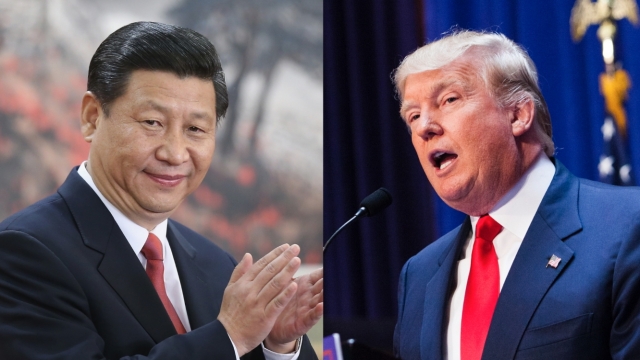 SMS
What A Trump-China Trade War Could Mean
By Eugene Daniels
By Eugene Daniels
April 5, 2017
Even as some businesses would benefit from a drop in Chinese competition, consumers would see higher prices across the board.
SHOW TRANSCRIPT

Since former President Richard Nixon opened trade with China, it has become one of our country's most important, albeit tense, trade relationships.

"There can be no stable enduring peace without the participation of the People's Republic of China," President Richard Nixon once said.

But President Donald Trump has made it pretty clear he thinks we're getting the short end of the stick in the partnership.

"We can't continue to allow China to rape our country, and that's what they're doing," Trump said.

So what could he do? Well, the first option could be a legal case against China at the World Trade Organization. Even if the WTO finds China guilty of manipulative or faulty trade practices, there are limits to how the U.S. could actually punish the country.

But Trump doesn't love the bureaucracy and has instead floated the idea of slapping tariffs on Chinese goods as punishment.

Trump has flirted with a 45 percent tariff, which would most likely be passed on to consumers. So, a hypothetical $1 item from China would now cost $1.45.

Because China is the greatest supplier of goods to the U.S., you likely own a bunch of stuff from the country, so that cost will trickle down to your T-shirts, your favorite new dress and that new PlayStation 4. All of that would cost significantly more.

China could choose to retaliate with high tariffs on U.S. imports, and thus the trade war begins.

In the short term, the U.S. government would probably see an increase in tax revenue, and some companies would benefit from a lack of Chinese competition. But many consumers would also see higher prices.