What A Mexican And US Border Town Think Of Trump's Wall 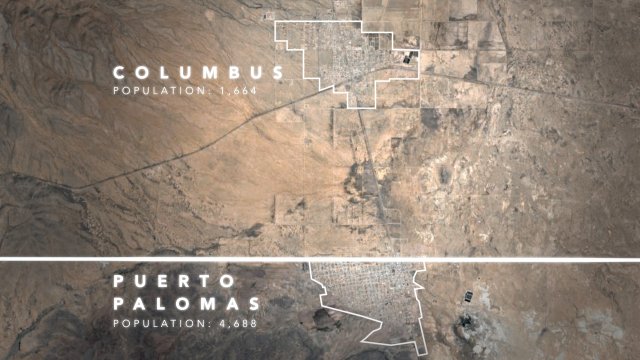 SMS
What A Mexican And US Border Town Think Of Trump's Wall
By Jake Godin
By Jake Godin
January 24, 2019
Newsy traveled to two towns on the southern border — one on the Mexican side, one on the U.S. side — to ask residents what they thought of the wall.
SHOW TRANSCRIPT

This is the U.S. border with Mexico.

It's ground zero of what President Trump has called a crisis that can only be solved by a border wall.

To get a picture of what it's actually like here and whether there really is a crisis, Newsy visited two small towns along the border — one on the Mexican side and one on the U.S. side. While there, we learned that many people in both cities are skeptical of how effective and cost-efficient a wall would be.

"I'm against it. I'm against it. Not because I don't love my country, because a lot of people mix it up with me not being patriotic or not being American. But I just don't think we need the wall. I think it's a waste of money."

This is Adriana Zizumbo. She and her husband own the Borderland Cafe, a local restaurant in Columbus. She's against the wall, partly because she thinks the money could go elsewhere. It's a sentiment that's shared with a quite a few of the residents.

Cross the border into Mexico and you'll hear pretty much the same thing. Sergio Romero owns The Pink Store with his wife — it's one of Palomas' main tourist attractions.

"Right here is working fine. What I hear is that there's more of a problem on the American sides because the people who work in the federal offices are working for free. And the illegals are still crossing, here, Juarez, Laredo — they never stop it. They're never going to stop the people from crossing. We have this wall for more than 10 years. The bigger they do the wall, the bigger we do the ladder."

The mayor of Palomas, Ramon Rodriguez Prieto, suggested investing the money in public works rather than a wall. 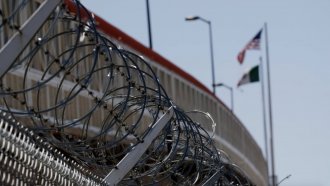 How Trump's Dream Wall Stacks Up To What's Already There

"I think it's something illogical. Instead of creating walls, it's better to create more schools, parks, industry, technology — everything. I don't know. More things."

Along most of the border in this area of southern New Mexico, there is a barrier.  just not a wall. It's meant to stop vehicles rather than impede foot traffic. The U.S. Customs and Border Protection says walls can be effective, and would add around 9 miles in this part of the border if it receives the more than $5 billion in funding President Trump wants to give it. Some of the folks who live on the border, like James Johnson, actually want a wall.

"It's working in this area. But this is… . We have at least a vehicle barrier, it's not the fix-all for it. I can stand here and straddle this. It's not going to stop anybody that's going to come on foot or wear a backpack."

Johnson's family has lived and worked in southern New Mexico for more than 100 years. He's seen the numbers of folks crossing the border ebb and flow over time, and while the numbers aren't nearly as high as they used to be, he thinks that could still change.

"To say we're not in a crisis. … It's not a crisis of epic proportions immediately, but we have a very open border that are very porous. So in the areas of the border where it is a crisis, if they rectify it there, who's to say it won't become our crisis?"

"We haven't been in a crisis. I think the last time anything happened here in Columbus was when Pancho Villa raided. Well, I would like to see the other types of solutions than the wall. You know, you hear about the wall … What else can we do other than the wall? Would it be more technology? Employee more officers? … I would like to see the other stuff. You know, instead of the wall, what other options do we have?"