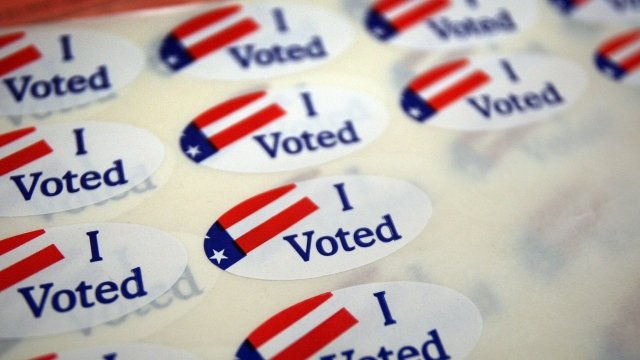 West Virginia is set to become the first state to allow residents serving in the military overseas to vote in November's midterm elections through a mobile app. That's according to a report from CNN.

Two of the state's counties tested the option out earlier this year during the primary elections. West Virginia's Secretary of State's office said the app, called "Voatz," was a secure solution to the current "cumbersome" absentee voting system for military service members.

In a statement, Secretary of State Mac Warner said military personnel "deserve to vote as much as anyone, and we owe it to them to make the process as easy as possible."

CNN reports that in order to vote, a service member has to download the Voatz app, take a picture of their government-issued photo identification and snap a selfie to prove it's them. Once everything is uploaded and approved, they can cast their ballot — which the company says is then made anonymous and recorded on a public digital ledger.

Some people have expressed concerns that the mobile voting system won't be secure. A chief technologist told CNN it is "a horrific idea," saying our phones, the cell networks, and servers are all not secure enough for votes.

Each county in West Virginia will have the option whether to allow service members to vote through the mobile app.