The Method To The NBA's Uniform Madness 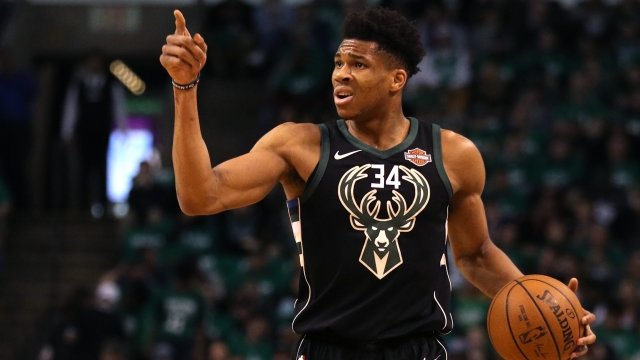 If you've been watching the NBA this season, chances are you've seen some ... unusual uniforms. Like racing stripes. Or a "Miami Vice" tribute. Or just a giant deer head.

Whatever you think of all these jerseys, there's little doubt the NBA has the weirdest uniforms of any major American sports league.

But there's a method to the NBA's jersey madness. The jerseys show the league's new-school approach to putting itself out there. It goes way beyond how the players look, and most importantly, it's working.

First, about those jerseys. They can seem pretty random, but the NBA and Nike, which makes the jerseys, know exactly what they're doing. 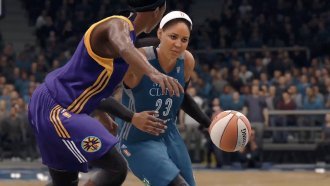 WNBA Finally Gets Its Due In A New Video Game

Like just this year, when the NBA threw out the idea of designated home and away uniforms. Now the home team just wears what it feels like and the road team has to wear a different color.

The NBA and league Commissioner Adam Silver are showing they don't care if they have to break tradition to get something fans may enjoy on the floor. This is also how the league approaches pretty much everything.

Take social media, for instance. Lots of big-time sports leagues are fiercely protective of their game highlights and are often quick to crack down on people who post them online without permission.

Not in the NBA, though. They're happy more people are watching basketball, and highlights are a big part of what makes #NBATwitter so compelling.

The league is embracing some other new technologies, too.

You read that right. That's a draft for people who play "NBA 2K," the most popular NBA video game. The league and the game's developer are paying gamers in the NBA 2K League more than $30,000 for a six-month contract, plus free housing, health insurance and a retirement plan. It's legit!

All this legwork is paying off. TV ratings, priority No. 1 for any big-time sports league, are up significantly for the NBA this year, especially among young people. Not a lot of other leagues can say that.

So if you're a little startled by the fashion statements you see on NBA broadcasts, just know it's all part of the plan.