Weird Casting For A Michael Jackson Movie About A Weird Trip 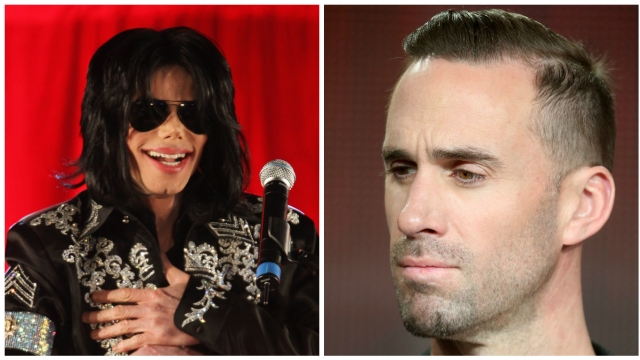 SMS
Weird Casting For A Michael Jackson Movie About A Weird Trip
By Cody LaGrow
By Cody LaGrow
January 27, 2016
Joseph Fiennes will play "The King of Pop" in an upcoming film about a journey the music icon allegedly took with Elizabeth Taylor and Marlon Brando.
SHOW TRANSCRIPT

So, Michael Jackson, Elizabeth Taylor and Marlon Brando all go on a road trip.

There's no punchline here. This reportedly happened. And there's going to be a movie about it.

According to Vanity Fair, the traveling troupe fled New York City after the Sept. 11 attacks. They allegedly drove themselves, made it as far as Ohio and catered to Brando's desire for Burger King pit stops. It was quality family time.

The film will put three icons in the same car. Stockard Channing and Brian Cox will play Taylor and Brando, but the casting for the King of Pop comes with controversy.

Joseph Fiennes was cast to play Jackson in the movie that will air on Sky Arts. That's right. This white, British actor will play an African-American music legend.

No doubt it's a hard role to cast, but many say a white actor shouldn't play one of the must successful black entertainers of all time, especially when roles for diverse actors are few and far between.

It's a topic Jackson spoke to Oprah about in 1993. He said then he was proud of his race and proud to be a black American after questions emerged about the singer's changing skin tone — something he credited to the skin pigmentation disease vitiligo.

The movie won't be a thriller, rather a comedy based on an urban legend. Reps for Elizabeth Taylor said the actress stayed put in New York after 9/11, which means all of this could be fake and these icons are laughing in Hollywood heaven.